Home People Sports The dream of the club

The Confluencia Social and Sports Club is the materialized dream of Ariel Koon, who after studying returned home to change everything. 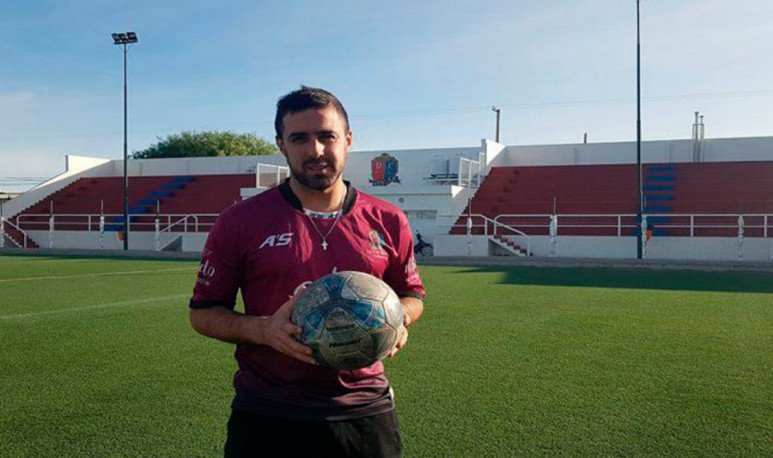 Ariel Koon is young, but he has already fulfilled one of his dreams. The young DT, today president of the  Social and Deportivo Club Confluencia ,  began planning the club's project for the Confluencia neighborhood, Neuquén, while studying in Cordoba . It was then that he conceived to take over the abandoned estate of an old club, Hueney Hue, where he himself  played football as a child .

There — between the streets Moquehue, Cique Calfucurá, Los Nogales and El Manzano — had been the previous club, founded in 1991 by José Curilef.  This had been the place where Ariel spent most of his time as a child.  His family was a working family and, in his most tender memories, Koon recalls that after  football training, he was drinking milk at the Hueney Hue.

But, as Ariel grew up and went to study,  the place became a scrub and garbage, and serving as a refuge for young people who came together to drink and smoke.

Koon never forgot his childhood club. While I was attending DT classes in Cordoba, he worked in a newspaper post to pay his expenses.  In his spare hours he wrote in a notebook about his project of founding a club and advised a teacher on how to realize his  dream  .

When he finally decided to return from  Córdoba , the  first thing he did was talk to those who had been in charge of Hueney Hue, after the death of its founder, and told them about his project:  they knew Koon as a child and were encouraged to give him The possibility, even if it meant that the Hueney Hue would disappear as they knew it.

The Confluence Social and Sports Club

In 2013, the club's project began to lung, when Koon summoned all his  neighborhood friends  to get down to work and clean the ground of yuyos and stones.  They started training on September 16, with 11 boys and 2 balls.

Then, in 2015, two fundamental things happened. First,  the club got legal personality  , and secondly,  Guillermo Monzani, at that time Secretary of Public Works, visited the site and ended up changing everything  . Monzani saw the number of boys and working conditions and proposed redoubling the project, which ended up putting the club on its final course, in conjunction with the Municipality and the political leadership.

In May 2017  they inaugurated the  synthetic grass court, amid a picadito with neighbors and municipal officials,  and a party that included hot chocolate and music by the Army Band.

But  the plans for the club are not limited to football  (with women's and men's teams): the project makes up a real  social and sports club . The possibilities multiplied inside and outside the court: functional training, hockey, zumba, yoga, whatever you want.  Neighbors were summoned completely with infrastructure and proposals.

The birth of this new club is very significant for Confluencia , while football and sport are a great tool of social  containment  for children, youth and adults.  This is one of those dreams capable of changing everything for a lot of people.

What is inside the General Paz gas meter?

A story behind art

So are the crows

It's just about living, that's the story

Music in the wagons

It's not morse code, it's Cordovan.