Diego Degano is the great santafesino water marathonist. Not as famous as Pedro Candioti, but referent of the last years of the discipline. 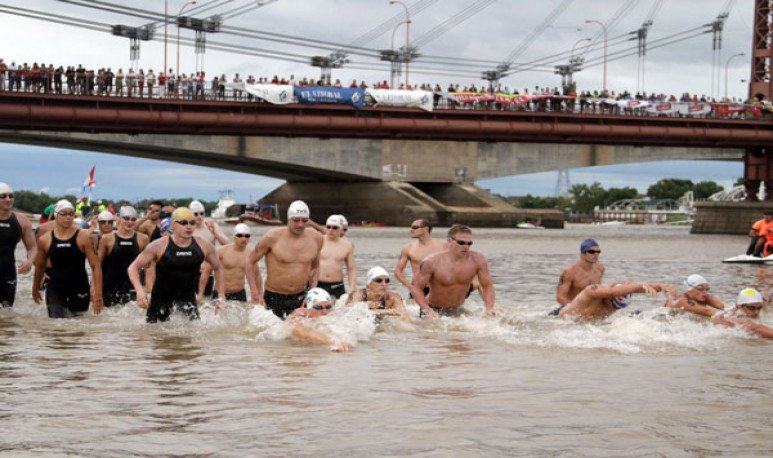 By 1988 the Santa Fe Coronda  Marathon  was already a tradition in Santa Fe. Gradually, it was also becoming  a renowned aquatic event all over the planet.  Her exceptional natural environment and the warmth of the people began to make her the nickname she wears today among swimmers everywhere: “the most beautiful in the world”. In that hot December there was a more than striking event.  A 20-year-old boy, an amateur, defeated all the professionals  and became champion of the competition. His name was Diego Degano.

Diego was Santa Fe's main water competitor at the end of the last century.  He won three times the famous santafesina marathon . It is not enough to be compared to the feats of the great  Pedro Candioti , but his exploits made his Italian peers call him the Diego of Water.

Living in the water

Since that summer, Degano's life took a huge  turn  . To that brilliant victory he added his consecration as the open water world champion in the 89. were great years for the swimmer, who  became one of the best in the world in his specialty . As a family, it was decided to interrupt his studies for a semester so that Diego could prepare the marathons abroad. He went to the Capri-Naples competition.  If   he did   well, he would follow Canada, “and that's how we keep fighting,”  he said. He won all those races. A big one.

At the end of his career and having already become among the best in the history of Santa Fe-Coronda,  an unforgettable episode was given, in the 1993 edition . For that occasion, many foreign swimmers came several days in advance to Santa Fe. The race was characterized by the unrelenting struggle that swimmers shared in the different sectors, but already averaged the competition was Degano and German Wandratsch who started to cut off at the tip. In a very “chopped” river,  the two pointers reached almost on the same line to the last meters  of competition until, a few seconds from the end, both competitors held hands and swam together to the finishing pontoon, whose acrylic didn't  touch at the same time.  For the first time, two swimmers shared the triumph. It was agreed, as they would later comment that  they made that decision 20 minutes before the end.

Another remembered moment was the previous year.  For the first time, a president of the Nation wentto Corondato witness the race.  This was Carlos Saúl  Menem , who after delivering the cup to Diego Degano said that this “is something I never had to live”, and  promised to return every year .