On October 25, 1997, football king Diego Armando Maradona played his last battle on a pitch, with his armor painted blue and gold. 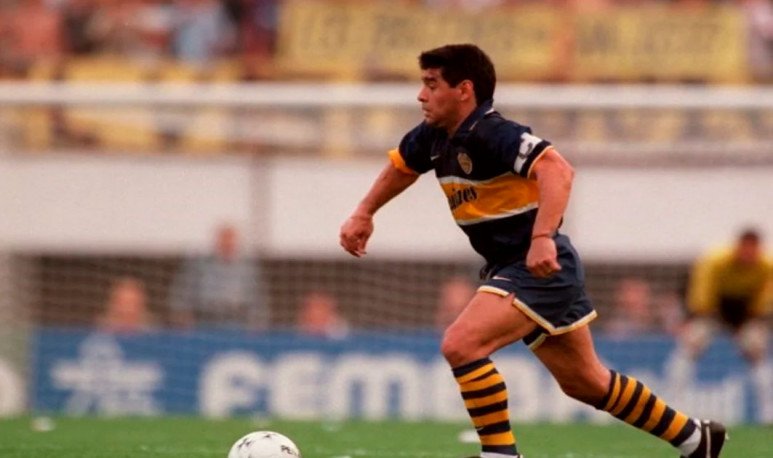 From warrior in his  xeneize  village to become the king of an entire albiceleste village. He retired a day like today , Diego Armando Maradona , after playing his last contest against his lifelong rival, River . That day he passed command of the crown to a young  Roman Riquelme  to represent his whole life to his blue and gold nation.

You can quietly find the similarity of a historical warrior to this such player. For the defense of its colors, for the legacy he left throughout  football , for carrying the flag anywhere in the world and for its constant onslaught overcoming the walls of the  archers . This is how this battler on  a day like today hung up his most important weapon, the booties.  That is why on every date we can decide to remember this  legend of world football  .

His final war was in a hostile environment, on enemy terrain.  The  monumental   grocery store of the villerinos red and white and with its characteristic cross band, they boed when they saw Maradona peep through the tunnel with his army. Meanwhile, a handful of fans of  Boca  excited, jumped and beat their chest as they saw their representatives looming in this football battle. Maradona approached and applauded her swollen by retributing her harga left on the plank.

That Saturday afternoon,  River's team led the table  by one point more than Boca. The encounter began very fought in the middle of the field, crossing swords against swords before his enemy. Although in a neglect of the xeneizes came the opportunity of the millionaires through  Sergio Berti , one of his best gladiators, who scored the 1-0 partial at 40 minutes of the first half. At the beginning of the second leg of the match, the Xenize soldiers were not their captain,  Maradona .  Hector Veira  decided to take him out at 10 after an erratic performance. It was noticed that the warlord was another. His articulation, his mobility and the use of his main weapon were no longer the same as before, the passage of time also played a bad pass and proved that he was human like any other. Already at the bank he began to harass his teammates who quickly tied the contest with a goal from  Julio Cesar Toresani . It took 20 minutes for the xeneize battalion to take the lead with a goal from  Martín Palermo  in the head. That was how the match ended in favor of the blue and gold, who faced a captain already exhauted from so much fighting. It was an  extensive 692 battles throughout his career with 352 goals, 11 captured titles  and millions of emotions realized not only for his team but also for a whole homeland, who will always remember his name by releasing and thrilling a country that sprouts football for pores.

This  Argentine being  defended and rolled more than once the enemy's head, and that afternoon he gave his crown to a Roman Riquelme to protect his colors forever.