Tulio Crespi is a legend in motorsport. On the day of his birthday, we honor this manufacturer and car preparer. 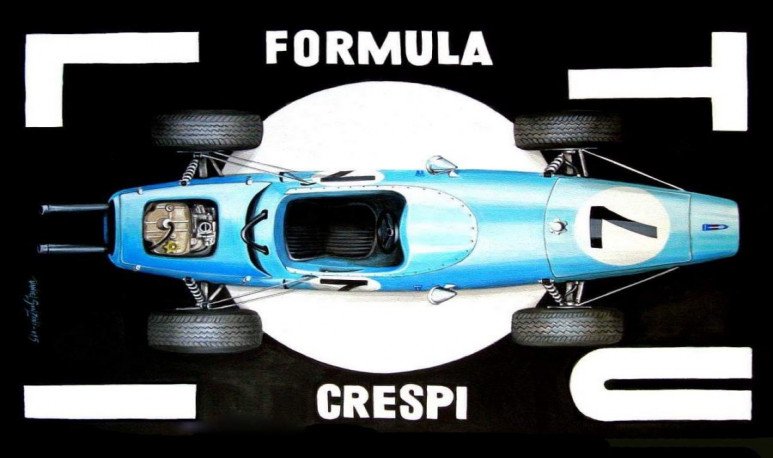 Tulio Crespi  is what you say “a different”. It is one of those people who came to the world with a gift, with a quality that makes them different and that is based more on talent than on experience. Tulio is a  manufacturer and car preparer , but there is another way of defining it that describes it much better: Tulio Crespi is a creative.  A creative vehicle , of course.

Having always been a  car  fan,  Tulio Crespi  began his work as a coach in 1962. His first creation was a monocoque structure for competition.In parallel, he began to prepare tourism cars for Road Tourism. All this resulted in the creation of the  Crespi Competición  team and the company Tulio Crespi S. A.

However, its international renown was born of misfortune. On June 3, 1967, the driver  Nasif Estéfano  suffered an accident when he was competing in the Turismo Carretera with his  Torino  . The vehicle was completely destroyed. The remains of the car were transferred to the workshop that, at that time, Crespi had in the neighborhood of Chacarita (City of Buenos Aires). Following the instructions of Estefano, and in accordance with current regulations in Tourism Carretera,  he began to restore it with a new design . He reduced the length of the vehicle by 40 cm, trimming the trunk, and lowered the height with a clearance of 12 cm. Finally, he modified the fall of the roof that continued to the tail, resulting in an original window and the appearance of a coupe. Its aerodynamic lines and low height made the restored car named “ Petiso ”.

The design was quite an event. Crespi launched to perform a  street version in limited series , which possessed the same characteristics, but had a new name -  Tulia GT.  The vehicle was built on Torino's mechanics and managed to reach 200 km/h. As it could not be otherwise, the novelty came outside the country. Crespi was invited to participate in the 63rd edition of the  Paris Motor Show  , held in October 1976. Towards there were Petiso, one Tulia and two Tulietta, a vehicle based on the mechanics of the Renault 4 that came in coupe and cabriolet versions. The presentation was a success  and some potential customers appeared, but the political and economic situation that was going through the country at that time made it impossible to meet export demand.

However, the event of Tulio Crespi continued to grow in the country and abroad. From that time and during the 1980s, prestigious car magazines from countries such as Germany, France and Japan included in their catalogues information about the models produced by him.

For decades of the 80s and 90,  Crespi was the official and exclusive supplier of chassis for the Formula Renault Argentina category . Its Tulia chassis were chosen for that category until 2006.

For its part, the  Crespi Competición  team debuted on the tracks of  TC 2000  in 1994, with the hand of the driver  Guillermo Ortelli  . The car chosen was a Ford Escort Ghía that had Tulio Crespi preparation on the chassis and Oscar Castellano on the engine. In 1995,  Omar Martínez  joined the team. The following year, Crespi formed a new team with  Daniel Cingolani and Miguel Ángel Etchegaray  as drivers.

Towards the end of the 1990s, Crespi withdrew from this category of motorsport and went to the preparation of monoposters and the GT 2000 Sport Prototypes.

From workshop to factory

In the early 1980s, Crespi moved its production workshop to the city of  Balcarce  (Buenos Aires province), where there is currently the  factory  where racing chassis and prototypes are made, including Formula Renault, Sport Prototype and Utilities. The plant is located on route 226, just 4 kilometers from the city center. It also has a show where some samples of his prolific career as a builder of racing vehicles and out of series are exhibited.