Juan Carlos Reveco was one of the top exponents of local pugilism. An impressive record of victories and knock outs point it out. 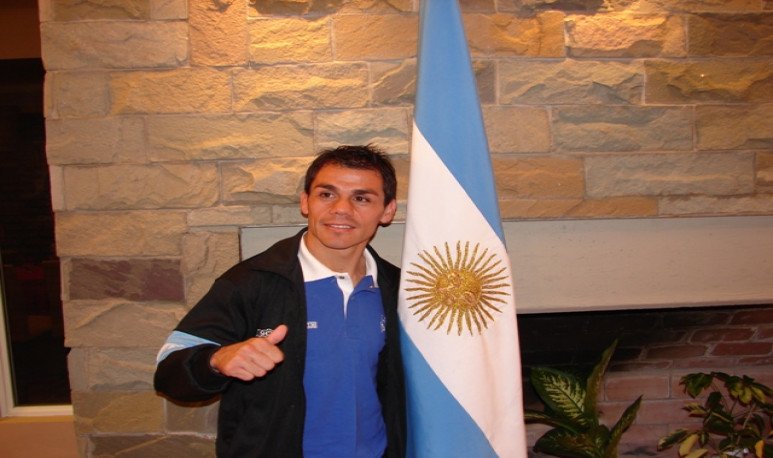 One of the great “fly” that gave  Argentina . “El cotón” Juan Carlos Reveco hit hard, had style, and he was handsome.

Records say Reveco debuted in his native  Mendoza  in 2004. Bating Ernesto Daniel Maldonado for KOT. From there on, he basted an uninterrupted series of victories, until in his 12th fight, he won the AMB's Liviano Mosca Latino. In the Orpheus of  Cordoba  and in front of Freddy Beleno.

Four successful defenses came, until in 2007 he lost it in France to Brahim Asloum. But before the year he recovers the scepter, which was vacant, in front of Javier Tello. It was in  Malargüe .

Twelve consecutive and successful defenses followed, in a row. Mixed with some other fights in which the title was not at stake. He won them all. The first five, in the Liviano Mosca. In 2011 he became the interim of the AMB, but Mosca. Before Jean Piero Perez. He retained once and then became officer Mosca of the AMB. He was KOT against Ulises Lara in 2013. Until 2015 he faced Kasuto Ioka in Japan and lost the fight and the subsequent rematch.

Then came two more crowns, the Latino Mosca vacancy, but from the FIB. In front of Diego Luis Pichiardo Liriano, in 2016. And the South American Super Mosca vacancy, in 2017, in front of Jesus Vargas. To finish his career in a loss in the  United States , in 2018 by FIB Mosca. Against Donnie Nietes.

“El coton” Reveco and his impressive career. 39 victories. 19 KO. And only 4 defeats. The fly from steel fists. Another of the Argentine great champions of Box.