81 years after his birth, we remember Nicolino Locche, “The Untouchable”. Because of his particular abilities, many opponents could not touch his face. 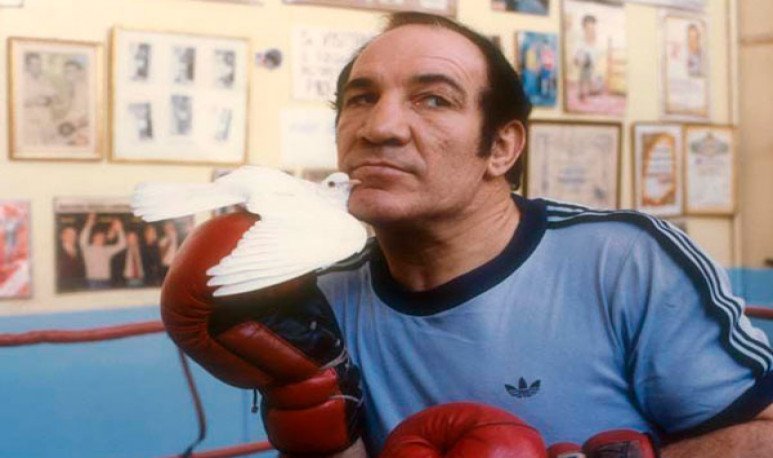 Mendoza  is the land of fighters . We recently talked about  Juan Carlos Reveco , the highest exponent in activity. However, coming to our archives, we can highlight Pascual Pérez, as the first world champion in our country, Pablo Chacón, Hugo Corro and many others. However,  the largest of all was Nicolino Locche. Fans of the time tell that he was a boxer who could not touch the vast majority of his opponents.  He looked them in the eye, talked to the audience, his coach, but he was always alert to dodge the blows of the other boxers. And when these least expected it, Nicolino attacked. An unprecedented skill.

He was the sixth son of a humble Italian immigrant family.  He was born on September 2, 1939, in the village of Campo de los Andes, in the department of Tunuyán.  At the age of 8 he first stepped on a gym, quite particular. It is that in this place he was given  scientific knowledge that could have influenced his technique. The principles of medical science and biomechanics were explained in order to optimize techniques and physical performance. According to the manuals, it was sought to “seek to overcome the occasional adversary by ability and not by mere force instinctively used”. The commandment was clear: to stick without letting himself be touched, and we can say that, in that area, Locche was a master.

His  first amateur fight was 16 years old. After 122 fights he debuted as a professional on December 11, 1958, knocking out Sanjuanino  Luis García in two rounds  . From there he started a race to the top that seemed to have no brake. After several fights, in 1961 he defeated Cordovan Jaime Ginés and became Argentine light weight champion against a full  Luna Park  .

When we say that their opponents could not touch their humanity, it is practically irrefutable. Locche distinguished himself from the rest of his competitors not only for his prowess in the ring to dodge punches, adding unexpected attacks, but  was also a born actor. He made the audience participate with complicit glances, smiles and all sorts of gestures that made the audience actively participate in the show that were his fights. Many argue that he was more than just a boxer, able to cross words with some photojournalist while blocking blows  between the stringing. That is why  he was also nicknamed Chaplin , for his sympathy and charisma.

In the 60s Argentine boxing was in full splendor, from that constellation were names such as Horacio Acavallo, Ringo Bonavena and   Carlos Monzón . But going to see Nicolino was a popular holiday. Radio broadcasts of the time did wonders in the public's imagination, and to that was added all the glamour and bohemian of a full Luna Park on Saturday night, which closed the boxing evening with a fight by Nicolino in the background and sure ended up in some pizzeria in Corrientes and Callao.

Even though unwittingly, Locche was an advance for the time.  The show about the ring was so massive, that he was awarded the merit of having managed to attract the female audience to events that traditionally were “just for boys.”

On December 12, 1968, Nicolino Locche  marked his most important chapter in the history of our boxing. Giving professorship of all the above-described skills  , he beat the local Paul Fuji in Japan and became world champion in Welter Junior of the WBA . That day he honored his nickname “untouchable”, exposing his face to invite the blows, dodging with waist and counter-lashing with jab.

He made  six defenses of his title and lost it on March 10, 1972, when in Panama he was defeated by points in 15 rounds by local Alfonso “Pepermint” Frazer.  From there began his sunset: he fought 12 more times, lost only one. He never played any title again.

His professional record was 117 fights won (14 by KO), 14 tied, 4 lost and 1 without decision . In 1980, the  Konex Foundation awarded him, in the first edition of the Konex Awards, the Diploma of Merit as one of the top five boxers in history.  In 2003 he entered the  International Boxing Hall of Fame  alongside George Foreman and Jamaican Mike McCallum.

He died on Wednesday, September 7, 2005 in Las Heras, Mendoza . The cause of death was  very weakened by cigarette health . His memory lives among the Mendoza, because of the monument that has erected the City of Mendoza on Calle Perú, but also because of its impossible technique to imitate above the ring.