We joined El Cronista Open Golf on a new date that captivates the country's golfers. Find your swing on serargentino.com 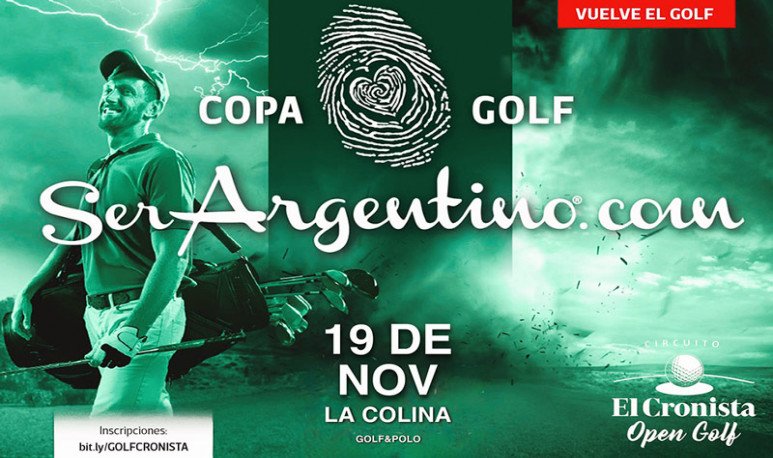 The Chronicler Open Golf was installed as one of the main amateur tournaments in Buenos Aires , and with the characteristic improvements of professional competitions . The international courts received almost 800 enthusiasts of precision sports, and camaraderie, in the open air in the past edition . “El Cronista Open Golf was born as a corporate event, bringing together and providing a meeting place and leisure for the most important entrepreneurs in Argentina and subscribers, where everyone feels comfortable to develop their sports activity and social relations,” says Pablo Vázquez, one of the organizers of the newspaper El Cronista, which instituted the tournament on the occasion of the 110th anniversary of its founding. The Argentinissimo Golf Open held at the Cañuelas Golf Club in 2018 was the confirmation of the importance of the new golfer fair, played with the modified  Texas Scramble  rules that transformed it more in our way, and encouraged the following year a competition open with 17 dates, Thursday through  “It was the best tournament in Buenos Aires and let's go for more” said Diego Memoli ,  director of Marketing and Circulation of the Chronicler , about the competition he had as winners Guido Fraga, Carlos De Gonneville, Pablo Díaz Delfino, among others high handicap. The winners in addition to the recognition of fans, and families, won important awards in tour packages and first-line brand products.

“Unfortunately because of the pandemic we had to suspend the scheduled dates, only the opening was held in March at the centenary San Andrés Golf Club, and we were able to resume the activity once enabled. We return this November 19 with the COPA SER ARGENTINO, on December 3 the Copa “Costumas Argentinas” and December 17 the SIMPLEX Cup”, completes the Vazquez grid, and hopes that next year the pending proposals will be implemented, a tournament of ladies and more courts in the Interior .For the COPA SER ARGENTINO he bet strong with La Colonia Golf & Polo , “is an 18-hole court that borders the Luján River, crossing lagoons and natural streams. Very attractive and challenging for any player regardless of his  handicap , it reaches 7001 yards from his championship start.Its  greens  are built under USGA standards and the court has the best  Tifton  pastures in its  fairways  and  agrostis Crenshaw  in its  greens  . It is a guarantee of an excellent level of play all year,” closes Vázquez.

For those who don't want to miss one of the sporting events of the year, after golf is enough reason to enjoy the  Chronicler Open Golf  .In a relaxed climate tasting artisanal products, chopped, beers and wines, several golfers on previous occasions weaved rematches, and new friendships. Surely the  La Colonia Golf & Polo  quinchos will witness the next challenges in the  green  of Buenos Aires of the almost 200 already registered.

Again  serargentino.com connects with Argentine emotions and passions, in a federal and positive way,  and accompanies athletes from all the clubs What is yours? Find it on our website and on the networks of Instragram @serargentino, Facebook @serargentinoOK, YouTube and Twitter @SerArgentinoCom