Home People Sports The best of all time

Today celebrates her birthday Rosarina Luciana Aymar. Retired a few years ago, the world of hockey still recognizes it as the best in the practice of that sport. 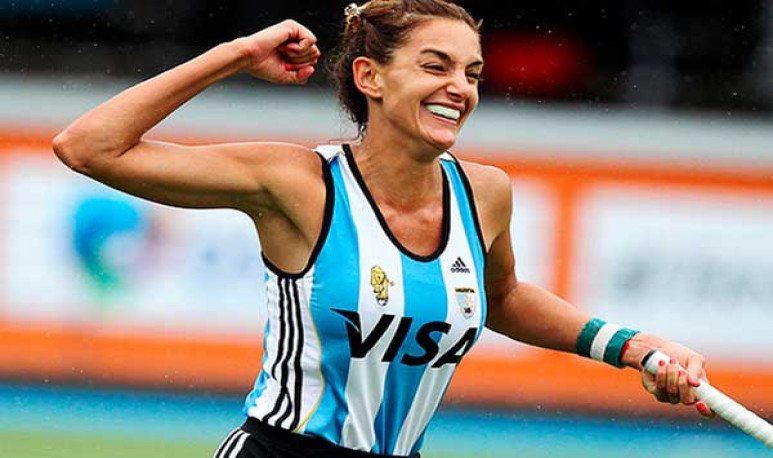 As was  once  written on this site, Luciana Aymar is one of those Argentinian characters that, perhaps, we do not size. There is consensus around the world. The Maga has not played since 2014, but for everyone it is still the best in the world. Let's see if we open our eyes: we are talking about a team sport, practiced in many countries, including powers such as England, Holland, Germany and Australia.  In the whole story, no one played it better than  Luciana Aymar  . Yours is comparable to Maradona, Messi, Pele, Jordan.

And I'm going to encourage more, with  a controversial statement . For me, if we talk about success and worldwide recognition, it's  more than  Ginobili  . And I'm going to substantiate it.Manu is, for many, the best Argentine athlete of all time. I'm not saying that's unlikely. And that was the best in basketball there is no doubt, by far. But, in the world, it was not recognized like that. While there was a year that deserved it, the NBA never gave him the Most Valuable Player Award (MVP).  Surely that's based on injustice . But reality indicates that, on a planetary level, Ginobili is not recognized as one of the best in history. Only in Argentina. Instead, Luciana is in sight, we already tell you. Besides, she's a woman.  Only now are  women  being more recognized , in a world that was always very unfair to them. Go then at least this compensation for so many great athletes, through Luciana Aymar.

A review of the life of a magician

The best in the world, as everyone knows, was born in Rosario, province of Santa Fe. Her mother brought her into the world on August 10, 1977. He started playing at age seven  at Club Atletico Fisherton. Today, it has been baptized with his name to the court No. 1 of the club's property. Six years later he went to the Jockey Club in the  same city .

Her permanent conquests and trophies prompted her to try her luck in Buenos Aires, where she was part of the Quilmes Atlético Club team from 2000 to 2007. The following year she began her brilliant sports career  at GEBA , when, in addition, the International Hockey Federation (FIH) consecrated her as Legend of Hockey.

With Las Leonas,  she won 22 international medals  and was the first and only figure in women's  hockey  to validate her title as the best player in the world for four years consecutive. His role in the  Olympic Games  was decisive in winning  four gold medals.

Struggle Aymar is a humble and generous person. She was summoned to help  low-income children and grandparents.  In her hometown, Aymar  is an active volunteer and collaborator, she  regularly attends the foundation she holds. In addition, it promotes its activities around the world through the realization of beneficial events and advertising spots that invite us to collaborate in the prevention of child malnutrition . Luciana Aymar's bond with her home city is permanent  and therefore her main mission is to help the place that saw her birth and grow.

This year came the news that definitely the most important thing about the life of the best is outside the court. She was 42 years old, she was Felix Gonzalez's mom . Dad is another phenomenon of South American sports:  Fernando González.