José “El nene” Sanfilippo was a football player. The “bad” wasn't because he hit a lot; he was a striker. Find out why I'm saying it. 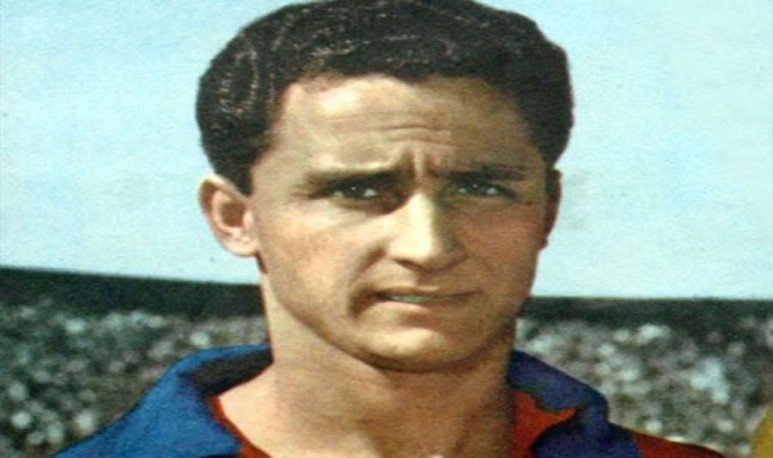 “ More only than “El nene” Sanfilippo on  friend's day "  was used to say. Because Jose Sanfilippo was bad. Playing football? No! There was a crack.

The bad guy was a character he did in “ Controversy in football .” An '80s show that was amazing. He was led by  Julio Ricardo  and then  Fernando Niembro  . It was made up of famous panelists. Some former players, like “El nene.” Also  Oscar Ruggeri , among others who paraded for the long years that the program was on screen. And there were sports journalists. Like the big  Nimo . An ex-referee as big as it is controversial. The program had a stand and  things always got out of hand . Arguments, fights, light insults were common. The hook of the program. Of course:  Argentine football  is passion.

The thing is, everything was always heated. Especially after he spoke “El nene” Sanfilippo. He put himself in the role of crack and criticized everyone.  He came to say he was better than Maradona .  He killed Goico  after the mythical thrashing of Colombia's national team to Argentina in the qualifiers of a World Cup. 90, if I remember correctly. The Goico suffered a lot of that criticism.

“The baby” didn't say them. He screamed everything in his face. They wanted to “fajar” him more than once. Some of them, seriously. Everything was very bizarre and fun.

But  on the court it was really good . He left the inferior ones of San Lorenzo in 1953. In his second match he scored double. 1955 - scorer of the local championship.  He won the South American in 57 , being a substitute, nothing more or nothing less, than “El cabezón” Sívori. In 58 he was a member of the National Team that played the title in the  Swedish World Cup. 1959: scorer of the local championship. In 1962 he returned to participate in a disaster in the World Cup in Chile. We didn't pass the first wheel. 1963, a nice year. He went to Boca. He reached the final of the Libertadores. Being at the bank at that match,  he slapped the DT .

After a few seasons in Uruguay, Bandfield and Brazil, in 72  he returned to San Lorenzo. The one from “The Matadores.”  To get out two time of the Metropolitan and the National. And he retired. Those who saw him say he was really good. Nothing to do with his “controversial” character on television.