Home People Sports The Ambassador of Mendocino basketball in Europe

The Ambassador of Mendocino basketball in Europe

Carolina Sanchez plays in the Serie A1 in Italy at La Molisana Magnolia Campobasso club. A life dedicated to basketball. 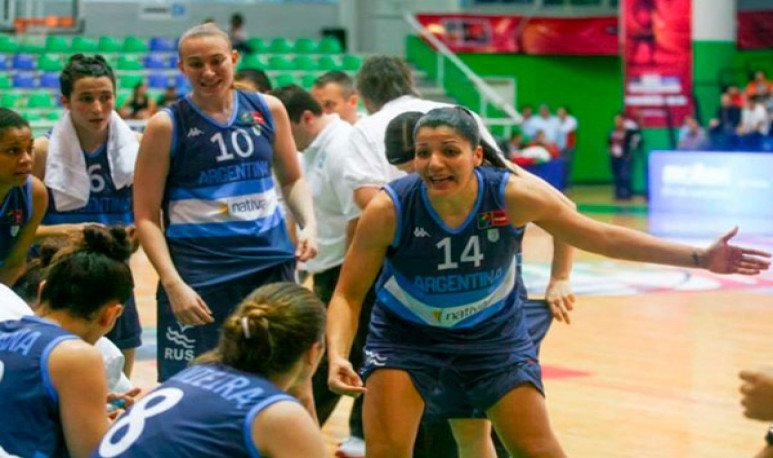 At the  age of 44, Carolina Sanchez, at 1.80 in height, who serves as an ala-pivot , is playing her second season and is the captain in the Italian South team. With a  30-year career in professional basketball, alternating during that time competitions from European and South American leagues,  he practically plays throughout the year, an example to continue having sport as a lifestyle.

Basketball is the passion of  Erica Carolina Sánchez, who from the age of 14 began to deploy his game in countries of the old continent, as well as being part for 19 years of the   Argentina team  and, on many occasions, also defend the “ borravino” of the Mendoza team in the Argentine championships and international tournaments.

'Caro' Sánchez commented that “ I have been around Europe for 30 years now and I am currently in the first category in Italy that is the A1.  Last year when we were playing the A2 we were first and due to the whole issue of the Covid-19 pandemic they allowed us this year to have the promotion to the A1. Back to the highest level of Italian women's basketball at this age, the truth is for me a huge joy.”

Regarding his career for so many years, he explained that “when I finished competing in Europe in April or May, I was returning to Argentina, when some leagues in South America were just starting at the end of April, I hooked as a reinforcement and continued to play about three or four months.”

Sanchez has played for many years, and each of those years, he did it completely: “ During my 30 years in basketball, I played in Europe during the period from September to April or May. When he finished, he returned to the country, either to Ecuador or   Chile  and played in the championships that started in those countries in mid-April. Also Las Heras and the Argentine National League were formed during that period, because they were when girls ended up in Europe and started as reinforcements in the months of April or May. I spent 10 years in Spain, in Italy there will also have been another 10 years, and also in Portugal and Saudi Arabia.”

His current in Italy

The basketball player said Campobasso “is located in the south of Italy, about an hour and a half from Naples and three from Rome. It's a very small town, but the truth that I never expected them to get to women's basketball like that, we have a big swollen.  This year, when we were allowed to upgrade to the A1 category, they set out to make a much larger stadium in order to host a lot of audiences and wait for this year, when the coronavirus issue is somewhat accommodated, to reach  1,500 people per game  . Obviously, there are some protocols that do not allow to have so many people in the stadiums, only about 200 or 300 people and nothing else, with social distancing, but I am very glad to be at the high level and play the top category in  Italy  and the region where we are located is Molise.”

He acknowledged that “having been elected as captain of the Italian team has been a pride for me, it means that I am with the ideas when I came to this club to be able to work for the team. My short-term goal is to finish in the best way in what may be my last season as a player.” And about this,  you already think about putting on the coach diver:  “I'm thinking about my long-term future, I'm already running lower categories, I'm preparing to lead at high levels, with the aim of being able to manage higher categories, obviously always working and projecting myself, as I did as a player also to be able to do it as a coach, get as far as you can in this sport and continue to take advantage of and live what I like most than in basketball.”

“ For every athlete, the National Team is a pride”

Carolina did not hesitate to say that “for every athlete, the Argentine National Team is a pride, it is what everyone wants to achieve, it is not fixed on money but by the colors of their country. I started in 1995 with the National Team, being 10 years as a  captain  and those years were incredible,  participating in three world championships, in 2002 in China, 2006 Brazil and 2010 in the Czech Republic. Two Preolympics to qualify for the London and Beijing Olympics, which was not achieved.  The truth was that they were amazing moments with the selected, there were many achievements, many hard moments also that we had. One coach who scored me and gave me all the confidence was Eduardo Pinto, coach of the Argentine Women's Selected for 20 years. Also every coach I had in a club left me a teaching and an apprenticeship, not only in sports but also personally, so I have to thank everyone who went through my life as they were great references.”