Home People Sports The afternoon that Misiones was First Division

Six years ago, Crucero del Norte promoted to the Argentine Football First Division. Something historic for the province. Today we remember it with pride. 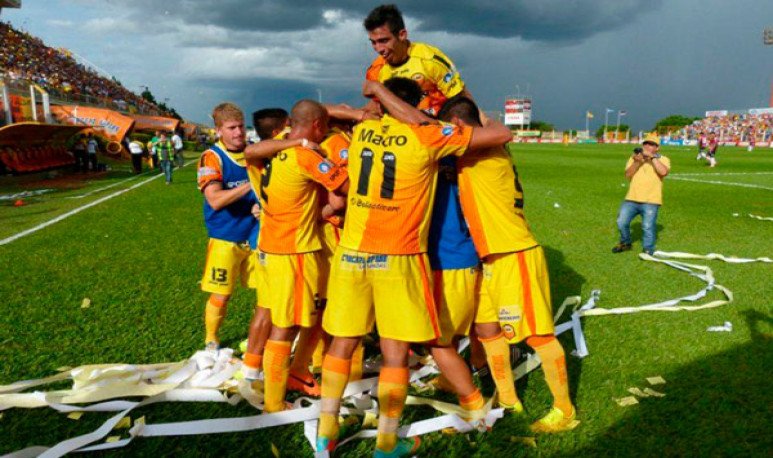 It was on November 30, 2014. The afternoon was covered with heavy gray clouds. In the Posadeño stadium, tension was breathing. And it wasn't for less.  Guarani had been the last missionary team to play a First Division championship in the National of 1985. 29 years later, Crucero del Norte was about to make History.

El Colectivero went on the  court  to face the entrerrianos, for the 21st date of the National B. For the first few minutes he tried, but with the ideas unclear. Patronato waited a bit for the premises and had some possibilities, although without much danger, during the start.

The minute by minute

At 17 minutes, the referee charged a foul. Dardo Romero took over the  free kick  in the middle of the court and sent a center. Gabriel Tomasini was unmarked, appeared from behind and, with a powerful header, put the 1 to 0 for the Colectivero. Thus he closed the first half with advantage for the missionaries.

At the start of the plugin, Gabriel Schurrer's team came out decisively. At 5 minutes, Ávalos scored 2 to 0 and, at 13, the Paraguayan made another  goal .  The final result was 3 to 0 . The thousands of supporters who filled the stadium in the city of Garupá had an unforgettable  party  . Not only because of the history of its Club, but also for the forceful performance of its players.

On a date at the end of the tournament, Crucero secured fourth place in Zone B, after reaping nine wins, three draws and seven losses.

A team that surprised everyone

To everyone's surprise,  Crucero del Norte  got his fourth ascent in this way. And he did it in an absolutely dizzying way. In 2006 he reached the Argentino B tournament, in 2009 he climbed to Argentino A, where he remained until June 2011. That year, in front of Brown, he won the promotion and the right to play in National First B.

The First Division Tournament was harder than was thought for Cruise . In the absence of 3 dates for the culmination of the contest, he lost the category. El Colectivero played 30 matches, of which he achieved only three wins. With 22 losses, he finished last in the leaderboard. However, nothing tarnishes that exciting afternoon that Misiones reached the top category of  Argentine Football .

Do you have questions about coronavirus?

A message from argentino to argentino