They will be held from February 28 to March 3. 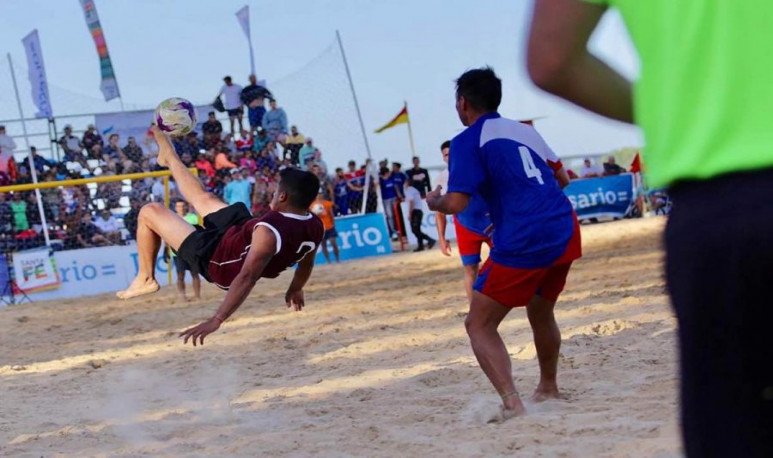 The IV National Beach Games Puerto Madryn 2019, which will be held from February 28 to March 3, were presented at the Casa del Chubut in the Federal Capital. Some
1,500 athletes from all provinces will participate in the tournament, including some of the athletes who represented Argentina at the Youth Olympic Games held last year in Buenos Aires.
At the National Beach Games there will be eight disciplines: beach rugby, football, volleyball, handball, open water (conventional and adapted), triathlon, boating and windsurfing.
Diogenes de Urquiza, executive director of the National Sports Agency, congratulated Chubut for the organisational work in the preview of the Games and pointed out that the “Beach Games are very important for the development of these sports, which gave so many joys in the Olympic Youth Games”.
Walter Ñonquepan, president of Chubut Deportes, explained in detail how the calendar, logistics and development of the event will be; and Diego González, undersecretary of sports of Puerto Madryn, thanked the Agency and all the provinces for their participation.
At the Casa del Chubut there were also the top sports authorities of the provinces, who yesterday participated in the XVI National Sports Convention at CeNard.
The National Beach Games are organized by Chubut Deportes, the Municipality of Puerto Madryn and the National Sports Agency.
In the 2018 edition, held in Rosario (Santa Fe), the winner of the National Beach Games was the Autonomous City of Buenos Aires.
The Beach is the first National Game of 2019. The next will be the National Winter Games and the National Youth, Elderly and Adapted Games. All Games will be organized by the National Sports Agency.