He retired one of the great “Pumas” in history. And not just because of its large physical size. “Legui”. A big one in and out of the court. 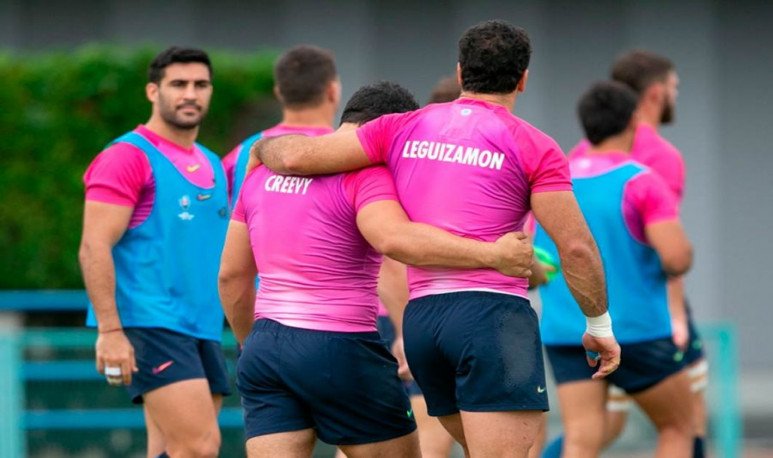 The World Cup in  Japan  was not one more in the race of many of “The Cougars”. Both of the staff members and the squad. One of them is the santiagueño Juan Manuel “Legui” Leguizamón. He announced that the match against the  United States  was the last of his career with the Argentina jersey.

The man formed in Santiago Lawn Tennis, who passed through European  rugby  , debuted in 2005. In the old stadium of Buenos Aires & Cricket and Rugby Club, in front of Japan (68-36). He made one of the nine tries in the thrashing of “Los Pumas.” And he coincided in the team with Agustín Creevy. That day also played his first match in the National Selected.

With 87 caps he equals Felipe Contepomi as second player in Los Pumas history. He surpassed the line of Lisandro Arbizu and Rolando Martin. And he was behind Agustín Creevy, who will close this World Cup with 89.

In his campaign with the national jersey he made thirteen tries. And he was pleased to score the three southern powers and three teams from the Six Nations. The detail of the 13 conquests was as follows: he won two against New Zealand, South Africa and Namibia. And one against Australia, England, Ireland, Scotland, Japan, Romania and Chile.

With the national jersey he achieved 23 victories and was captain three times. In front of England, Italy and Ireland, at the international window in November 2013.

“These last few days have been hard, with too many things on your head, too many sensations.” He explained “Legui.”

Then “Legui” added: “It is a real pleasure to debut in a World Cup. It's very important to me, because of the human relationships that have been generated. It ends an extremely successful cycle for my life, beyond the results. I fulfilled a dream. I'm just a thankful of life and it's a pleasure to have had this chance.I'm a lucky one of the things I've had to live in these 15 years in the service of “The Pumas”.

“Playing with the “The Pumas” shirt is all the motivation you need. Always, all my life I dreamed of living moments like they played me, the anthem, or the matches. I was given from Santiago del Estero -his city - to receive this call to be Puma.” He closed “Legui.”