Home People Sports Tennis is back in quarantine!

Tennis is back in quarantine!

Tennis returns in full quarantine and does so in the province of Corrientes, with authorization from the Minister of Tourism and Sports of the Nation and the Governor. 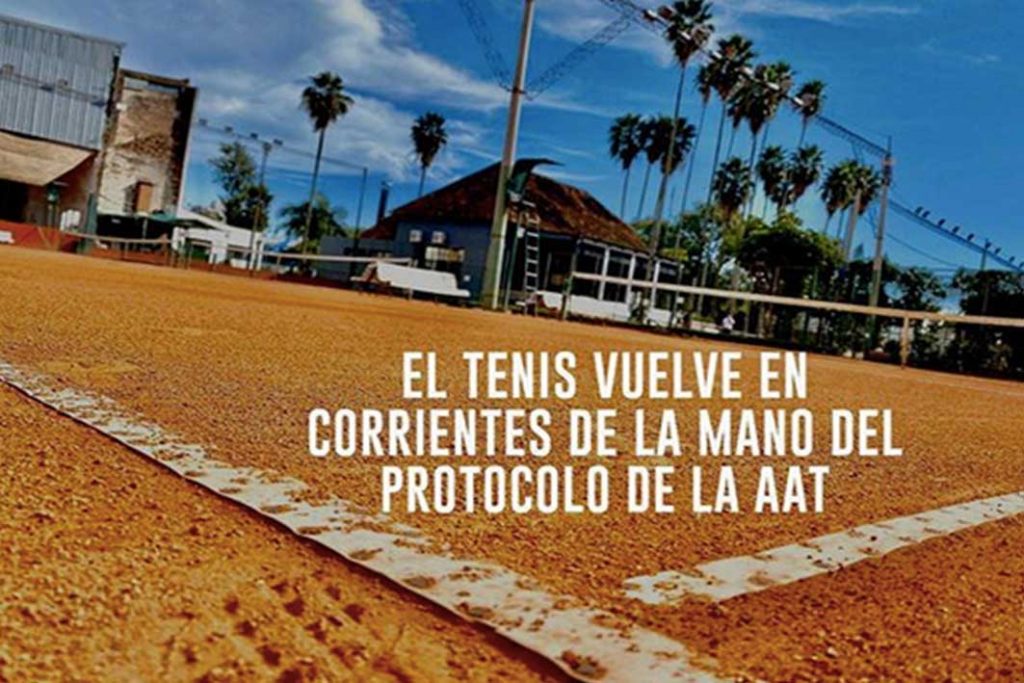 The AAT announced that tennis is back hand in the province of Corrientes. I read the note posted on the official site.

From the Argentine Tennis Association we welcome the announcement of Governor Gustavo Valdés to enable the return of the practice of our sport in the province of Currents. Becoming the first to resume activity in the midst of the fight against the advancement of COVID-19.

The measure, announced by the provincial government, will begin to apply in the City of Corrientes, while the rest of the municipalities will arrange for the return of activity in each case.

At the provincial level, the measure will mean the return to the courts of hundreds of tennis players, students and teachers after nearly fifty days of social, preventive and compulsory isolation.

About the return of activities

Eduardo Ledesma, president of the Correntina Tennis Federation, stressed that this advance is possible thanks to the Protocol of Start of Tennis Practice. Presentation made by the president of the Argentine Tennis Association, Agustín Calleri, to the Minister of Tourism and Sport of the Nation. It will be a framework of reference for the clubs that develop the activity.

Agustín Calleri and Eduardo Ledesma had a fluid dialogue with the provincial Sports Secretary, Jorge Terrile. The president of the AAT expressed his satisfaction with the return of tennis in the province. At the same time he thanked José Ramírez Alegre, president of the Corrientes Tennis Club. “We are very happy that the work we have been doing is starting to bear fruit. Since the beginning of the quarantine, we have worked to make tennis one of the first sports to return to activity. And we will continue to do so so that, in the short term, he returns to the rest of the provinces,” Calleri said.

Finally, the President of the AAT pointed out the importance of institutions, teachers and players complying with the protocol in order to ensure the health of all.

By the end of this edition, the provinces of Jujuy and Salta, thanks to an agreement between the AAT and their respective Governors, Gerardo Morales and Gustavo Saenz.

Cordoba Open 2021: the dream of the stadium