Home People Sports Tennis is back: a rosarina won the first match

The first official tennis match after four months was won by an Argentine: Rosarina Nadia Podoroska. 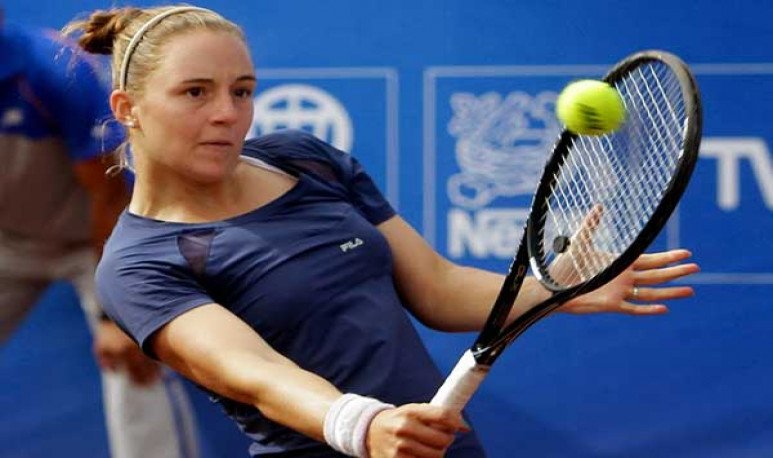 Rosarina tennis player  Nadia Podoroska had already given us a great joy  to Argentines last year. The gold medal was brought from the  Pan American  Games in Lima. This time it marked a global milestone: she was the winner in the first official tennis match played, after four months of stopping by coronavirus. His triumph was for the first round of the pre-qualification to enter the WTA Tour tournament that is played in the Italian town of Palermo. It is a sports complex with brick powder courts. The result of the match against Hungarian Reka-Luca Jani was 6-3 6-1. Then, he won the next match of the standings and already entered the main draw. He did it in a championship that attracted unusual attention. Not only because it is the  first official tournament after a Mexican Open played in March.It also has all the looks over for being played in Italy, one of the first countries to be hit heavily by the COVID-19 pandemic .  Croat Petra Martic, who ranks 15th in the world ranking, is the top favourite of the competition. In its history, the Palermo Open had an Argentine champion, Mariana Díaz Oliva, who raised the trophy in the 2002 edition.

For Nadia Podoroska, the only non-European tennis player in Palermo's main  draw  , this first tennis match is her second WTA of the year. Before, last February, he had played the Monterrey Open, in Mexico, that time on cement surface.

It's not the first time he's made history.

Nadia Podoroska  was born in Rosario on February 10, 1997.At the age of nine he began training in the city of Santa Fe with Professor Charly Rampello .  Since she was young, she had an attitude on the court that saw a serious race. That's how it was. As a teenager he won several tournaments. Last year was world news and Argentine  pride  . She won the gold medal in the individual tennis final of the Lima 2019 Pan American Games, beating American Caroline Dolehide 2-6, 6-3 and 7-6. The Rosarina had already won the place for the Tokyo 2020 Olympic Games when she made the pass to the final. In an arduous final of more than 2 and a half hours, he stood out for his mental strength, after recovering from a strong 2-6 in the first set and taking advantage from the start of the second, which closed with 6-3. For Rosario,   that milestone of Nadia was a historic event , since it only once happened that the Pan American champion was Rosarina and  Mary Tera wasWeiss n  in 1951.

The winner of the first  post parate tennis match COVID-19  usually bases in Europe to play more championships. He had been training in Alicante, Spain for over a month. The 23-year-old Argentine changed Rosario for Spain and was able to travel from Ezeiza thanks to her student visa and her  residency in the European country for several months  a year.

With the cancellation of the Washington men's contest, tennis reappeared with this female from Palermo. As we said, the  paradox  is that the return is in Italy, one of the two European countries most hit in the early days of the pandemic. The Country Time Club, from the capital of the region of Sicily, is  the stage for this competition.