Home People Sports Swartzman had no chance against Cecchinato

Peque ran out of naphtha for the final and had no chance against Italian Cecchinato in Buenos Aires. 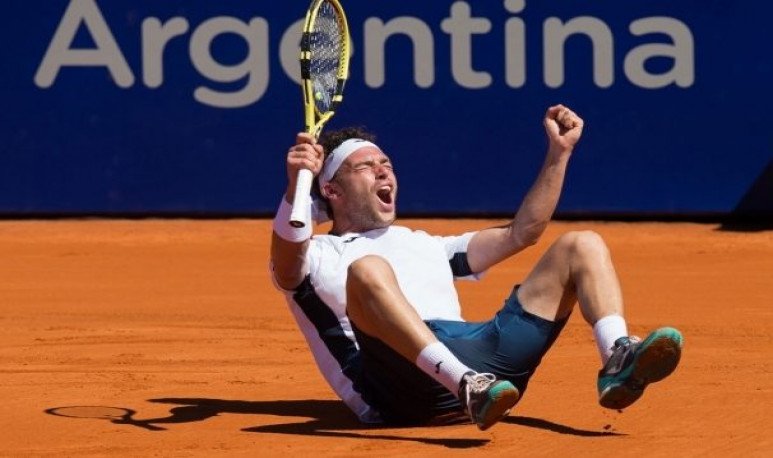 Diego Schwartzman had no chance against the Italian solid Marco Cecchinato. Who was blunt. And he won the ATP 250 tennis final at the Buenos Aires Lawn Tennis Club. After just over an hour of play.

The Italian player, number 18 in the world and third preclassified, designed an almost perfect performance. And he won with partial 6-1 and 6-2, in just 65 minutes. Thus, the tennis player born in the city of Palermo added the third title to his campaign. After the ones reached in Budapest and Umag, both in 2018.

“I was able to react after a not-so-good start and played a very good tennis in the last two matches.” Cecchinato said, once the final was over.
The Italian successively won the Chilean Christian Garín (7-6 and 6-4) in the eighth. To Spaniard Roberto Carballés Baena (7-6 and 6-4) in quarters. Guido Pella (6-4 and 6-2) in the semifinals. And the “Small” Schwartzman in the final.

On the contrary, the Buenos Aires tennis player, located in the 19th position of the climafón and fourth favorite, could not complete his good week with the conquest of the title. Target denied since Rio de Janeiro 2018.
Schwartzman scored his third final lost in five definitions. Since he had previously succumbed also in Antwerp 2016 (he lost to Frenchman Richard Gasquet). And 2017 (fell to fellow Frenchman Jo Wilfried Tsonga).
He will now focus on his participation in the Rio de Janeiro Open (brick dust; $1,937,000 in prizes). Competition in which he will have a difficult premiere to defend the crown, as he will face Uruguayan Pablo Cuevas (78th).

Meanwhile, Argentine tennis players continue to have problems to celebrate a title on the traditional stage of the Buenos Aires neighborhood of Palermo, to the point that the last one who did it was the already retired Cordovan David Nalbandian, who in 2008 surpassed another Argentine, the missionary José Acasuso in 2008.
Later, Juan Monaco (2009 and 2015) and Juan Ignacio Chela (2011) arrived at the decisive instance, but could not win the maximum trophy.

In the doubles contest, the champion pair was the one composed of the tandilense Máximo González and the marplatense Horacio Zeballos. The Buenos Aires players won the binomial composed of Schwartzman and Austrian Dominic Thiem, by a double 6-1.

The ATP 250 tennis in Buenos Aires was played on brick dust and distributed prizes for $673,000.

Far in the Slalom World Cup

Sepúlveda and Richeze ended far in the Vuelta a Colombia