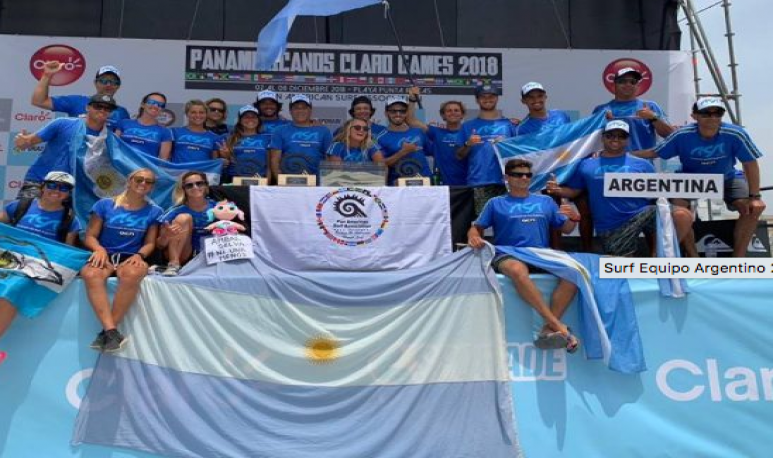 Surfiel Gil stood out with the silver medal in Longboard, but other Argentines reached the goal of qualifying for Lima 2019.

It is to highlight the classification of several Argentines to the top sports event of 2019. Among so many good performances, he won the best result Surfiel Gil, who won the silver medal on the Men's Longboard and qualified for Lima 2019.

In this same specialty, Maria Teresa Gil reached the semifinals and also got the passage to Lima. Same destination for Franco Faccin, who was 5th in the men's SUP Race and for Juliana González with her 4th locker in the women's SUP Race. Lucia Cosoleto and Mariano de Cabo completed a great job at SUP Surf. Daniel Gil was one instance of the Lima qualification in Longboard category, as did Natalia de la Lama in the SUP Surf.

In the Open, Ornella Pellizzari managed to get among the 12 most important of the event, where he was in the third place with a score of 7.54, so he added 555 points and finished in seventh position. In addition, Lucia Indurain was placed 13ª overall with 450 points. Josefina Ané and Lucia Cosoleto were eliminated in the first round.

In the men's branch and after adding 11.00 points, Leandro Usuna finished 3rd on his drums and said goodbye in the quarterfinals. Ignacio Gundesen (2.9 sts) and Facundo Arreyes (9.8 sts) said goodbye in the Third Round. They were very close to getting into Lima 2019.

Finally, the Argentine team finished in third place behind Peru, which took first place, followed by Brazil. In addition, Costa Rica finished in 4th place and 5th locker for the United States.