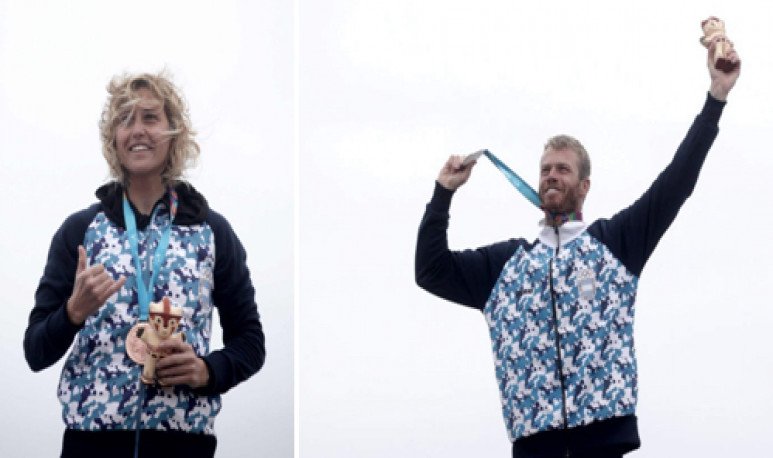 Argentine surfers  Leandro Usuna and Ornella Pellizzari  won silver medal and bronze medal, respectively, at the  Pan American Games in Lima 2019  , something historic considering that it is the sport's first participation in this competition.

In the Punta Rocas sports complex, Marplatense Leandro 'Lele' Usuna won the silver medal, after falling in a tight final with Peruvian Luca Messinas. The result was very closed, since the place ended with 14.00 and the Argentine with 13.77.

Uhuna  had achieved the pass to the final by beating Salvadoran Bryan Perez in the morning, where he scored 16.27 points, over the 13.70 of his rival.The decisive round was literally defined in the final seconds, when Usuna  launched looking to snatch the title from him., but the jurors interpreted that their performance on the last wave had not been enough and decreed the winner to Messinas.

Lele was on the verge of winning the place at the  Tokyo 2020 Olympic Games , which was reserved for the winner of the competition.

On the other hand,  Ornella Pellizzari  hung the bronze medley, losing the lance he held with Ecuadorian Dominic Barona, by 17.10 to 12.17.