The 26th edition of the Enduro del Verano, motorcycle and quad bikes, to be held between 22 and 24 of this month in Villa Gesell 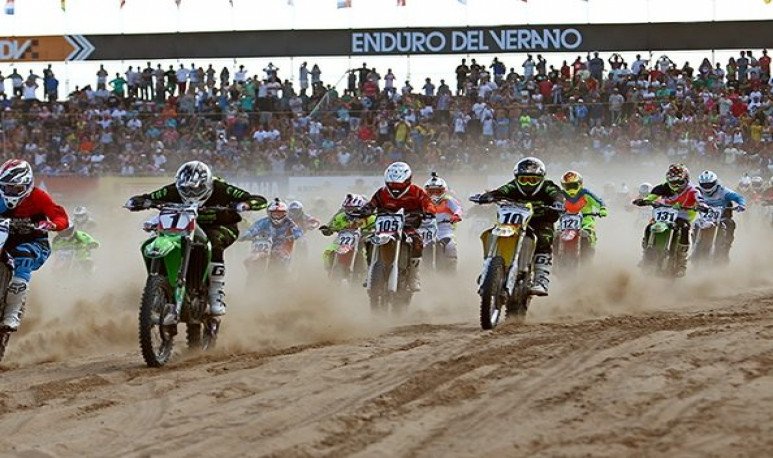 The 26th edition of the Enduro del Verano, motorcycle and quad bikes, which will be held between 22 and 24 of this month in Villa Gesell, was presented in that city on the Atlantic coast of Buenos Aires. The
“Monster Energy” Enduro del Verano, which will take place in the circuit located at Km 408 of Route 11, will participate -between motorcycles and quad cycles- about 1,300 runners, a figure that will equal to the 2018 edition and which marked a Guinness record for the specialty.
The presentation of the competition was held at the headquarters of the Secretariat of Tourism of the Nation and was chaired by the Under-Secretary of Tourism of the Nation, Fernando García Soria. Also participating were the Secretary of Tourism of Villa Gesell, Emiliano Felice; and the Assistant Secretary of Tourism of the Province of Buenos Aires, Martina Pikielny.
During the three days, the competition brings about 180,000 spectators, it is one of the ten most important in the world and is reserved for Supercross, MiniQ, MX2, MX1 and MX3 races.
García Soria stressed that this “sporting event allows to extend” the tourist season in all destinations in the region, while Pikienly said that “this competition is a very good opportunity to increase tourism” in the province of Buenos Aires.
For his part, Felice pondered the Ministry of Tourism for declaring the race “national tourist interest and support this competition, which is very important for Villa Gesell”.
The Summer Enduro will bring together riders from France, Spain, the United States, Uruguay, Brazil, Bolivia and Chile.
Pilots of the likes of Adrien Beveren, Sam Sanderland, Yentel Martens, Milko Potisek, Camile Chapeliere, who competed in the recent edition of the Dakar; and Argentine figures, such as the Salteños brothers Kevin and Luciano Benavidez, will be -among others- great animators.