Sub 12: Podium in males and females

Both Argentine teams qualified for the COSAT Cup. 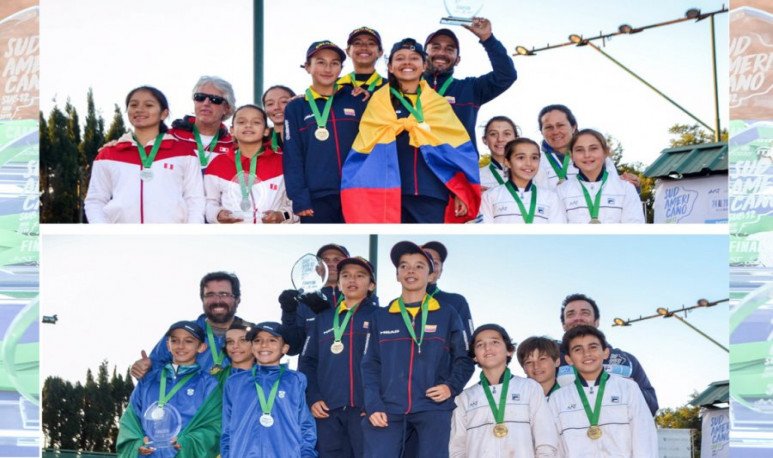 A great week of youth tennis closed in Villa Maria, Cordoba. With the finals of the South American Sub 12 that crowned Colombia. In both males and females. He left the two teams from Argentina on the third step of the podium. And qualified for the October COSAT Cup.

Argentina played the series for third place. The men, led from the bank by Franco Squillari, were comfortably imposed on Peru. Just yielding a game in two games. Thanks to the triumphs of Mateo Carballo and Romeo Arcuschín in singles.

The girls, under the orders of Mariana Díaz Oliva, struggled to defeat Ecuador by 2 to 1. Zoe Lazar gave the first single to María Robles. Sara Conde equaled the series against Carolina Guerrero. And, in the decisive doubles, Conde and Agustina Etchart beat Valentina Vargas and Maria Robles. In a tight match that was defined in the match tie break.

In this way, the two Argentine teams qualified for Mundialito Sub 12 (officially known as COSAT Cup).

After all the matches were finished, the awards and the closing ceremony of this competition took place. That, at the Sport Social Club of Villa María, brought together the representatives of the ten countries that make up the South American Tennis Confederation (COSAT).

All delegations were formed on the main court. Where each of the competitors received their diploma for having participated in the tournament. At the time of the words, the director Florencia Molinero highlighted the effort made “to make the South American Sub 12 become more than just a tennis tournament. With trainings for parents, coaches and players and activities in the GEN10S area.”

The president of the Argentine Tennis Association, Agustín Calleri, thanked Carlos Ronco, tennis coordinator of Sport Social Club. To its president Jorge Solá, the referees and the maintenance staff. Boys and girls for their conduct throughout the week and their relatives for the role of restraint they play.

“Congratulations to the boys. They've had a great week, especially because of behavior, which is often more important than the game,” Calleri added. Who then gave the prizes to the winners and the players distinguished with the Fair Play.