Home People Sports Sol Álvarez, the rosarina that commands between motorcycles and men

He handles the threads of an international motorcycle team and takes Argentina on the skin. 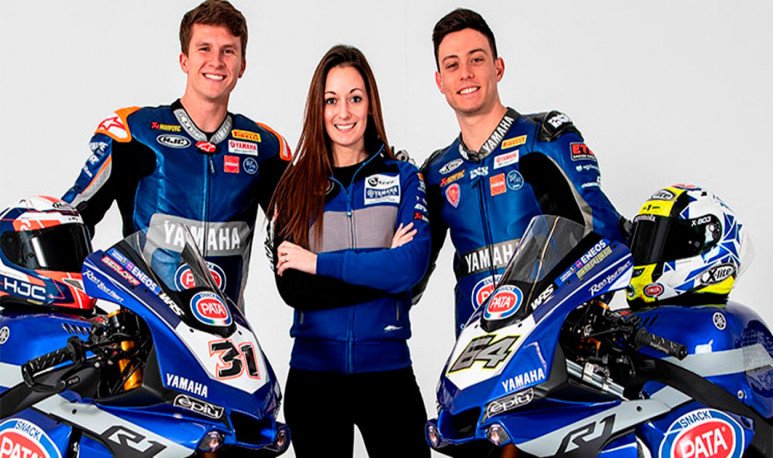 We present you the story Sol Álvarez, a rosarina who made her place in motorcycling . Today, she is the  General Coordinator of the TSO Yamaha in the Superbike World Championship , in the most top of the motorcycle world.

The Superbike world championship is the second most important in the world. One of its In the structure of the aforementioned motorcycle equilibrium, the Rosarina Sol Álvarez is a fundamental link.  His job is to organize life for everyone within the team  (pilots, mechanics and assistants) by diagramming travel programs, transfers, hotels, marketing promotional events, accreditations, press conferences and many more things to consider in planning.

Sol can be seen in different parts of the motorcycle world, always managing different functions. Functions it routinely does in every world world date and also solving last minute details, by rush step, cellular in hand, but without losing sympathy.  It always shows you have one more time to collaborate with anyone who comes to you .

In the nineties, a Rosarina family settled in Europe. But before the new millennium they hit the return to these lands. However, the 2001 crisis and its consequences caused them to be definitively settled in Valencia in 2003. It was there that one of the daughters developed her life and also encouraged her passion for motorcycles. We're talking about Sol.

His love for the two wheels has a date of birth: November 6, 2005.   The Grand Prix of the Valencian Community in the Ricardo Tormo circuit in the city of Cheste was played that day and on that occasion Marco Melandri was left with the victory. The fate laps made the Italian driver and the protagonist of this story work together in the future.

Dinosaurs are going to disappear

Women begin to settle fully within the world of motorcycles. More and more have important positions within organizations and teams.

Beyond the place he occupies today, Álvarez is very clear that the road traveled had roses, but also thorns, which he had to overcome to get strong and not give up. She ensures that at first it was very difficult for people to take you seriously for jobs with higher  responsibility. But little by little, and with more girls in the motorcycling environment, he made his way for them in the sport. In addition, it highlights that preventing the checkout in minor tasks was one of the aspects he had to deal with the most. It's just that this is a world where girls are usually associated with a pretty body standing under an umbrella. Few men believed women able to organize a team of 20 people, move it around the world and manage it.

In this sense, in July 2019, the Santafesina was the victim of a macho comment during a race. At that time the rosarina exposed it on social networks.  Some dislocated  people who saw her cleaning up her place of work said “that is an appropriate task for a woman  .” Rosarina's response was very high: “You should not talk like this about who, in the near future, could be your boss.”

The Argentine being, on the skin

The reunion of this rosarina with Argentina took place in 2018. It was for work, when the World SuperBike first landed in San Juan . The visit brought him a lot of memories and enormous happiness to return to his country.  He says it was a pleasant surprise to meet another part of Argentina , as he always had Rosario in his memory as the freshest reference. Such were his sensations on that trip that, when he returned to Europe, the first thing he did was tattooed the outline of his country on his foot . It is an identity that today carries and accompanies it everywhere it goes.