Athlete and nurse, Silvina Ocampos is a woman with claw on and off the track. His next goal is the South American that will be played at CeNard. And next, break the national triple jump record before the end of 2021 to qualify for the next World Athletics World Cup. 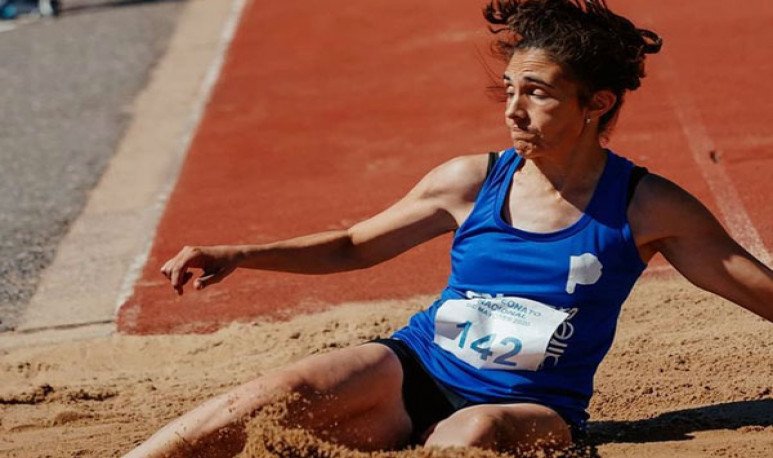 Silvina Ocampos walks the corridors of the Hospital Interzonal General de Acudos Dr. José Penna in Bahía Blanca 48 hours after having consecrated for the third consecutive time national triple jump champion. She is not there for a medical consultation; she is part of the health staff who fights the pandemic on the front line.  Received from a nurse in December 2019, she began working there one dawn in July 2020, when the coronavirus was unknown and paralyzing.

“ In full boom. I entered and in August everything exploded”, remarks on the other side of the phone, at a halt of his morning shift, the 24-year-old woman who has the second best national historical brand of the test, the 12.99 meters during the last Provincial Championship (and two marks about 13m, although with wind in favor ). In May he will compete in his first South American Athletics Championship.

Were you scared when you started in the hospital?

Still cause . A little while ago I was talking to a partner and there you have the uncertainty. I'm already vaccinated, I have both doses, but you can get the same. And today, getting infected this week or next week is missing the South American Championship, which is one of the dreams of my life, to be able to represent my country. And also the fear that your family will spread.

And how do you handle it?

Generally, I try not to think about it (laughs). Likewise, we're working very safe here, we have a lot of protocols. In fact, here in the medical clinic service, which is now a COVID clinic, the nurses we are practically not infected.  We're taking care of ourselves all the time, with the barbijo on the six hours of work.  Luckily I have a lot of security. But there's always that uncertainty, that fear that can happen. 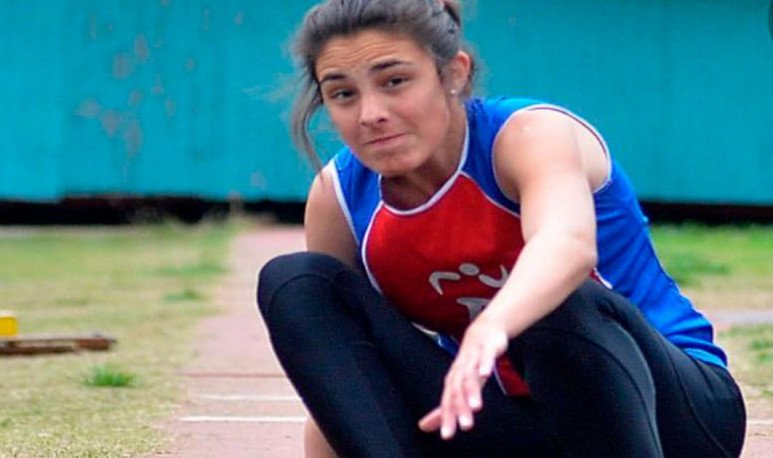 What was it like getting ready to work in that area, using a PPE (personal protective equipment) that you weren't used to?

At first we did not enter the COVID area. We spent a week or two doing drills: how to dress and how to undress, because how you get out of the equipment is where the error and the contagion occurs . But it changes everything. You have to spend a lot of time with protective gear on, with masks, and it changes all your senses, sight, touch, everything.

In the middle of the second wave, what is the contagion situation there like?

As far as I understand, in the hospital there were health personnel infected in different services. Currently, with that second wave, there are also infected personnel. My companions who got infected, who were little, apparently didn't go here at the hospital. The months of August, September and October, which we were full, were 100%.  There is now a major occupancy of beds as well.

I imagine, with the things you see, there must be days you won't even want to train when you leave the hospital.

There are difficult situations here.  We live with life and death all the time . In a hospital it's like that and it was always like that. And the work today is very exhausting. Sometimes, you get home and all you want to do is lie down to sleep because you don't even want anything. But outside of this I have a responsibility, I have a goal and a dream .  And that's stronger than any kind of tiredness you might ever have.

Ocampos's next goal is the South American that will be played at CenaD from May 14 to 16.  And next, break the national triple jump record before the end of 2021 to qualify for the next World Athletics World Cup.

Just this year I began to give a little more importance to everything that is external to training: food, physical care. And a physical trainer, Nacho Carballo, from Cordoba, was added to my training team; a nutritionist, Andrés Biasi, from Cordoba; Cecilia Grigueli, who is a kinesiologist from Punta Alta, my city; in addition to all the work we have been doing with Daniel Bravo, my coach, and Gabriel Garcia, who is my fitness trainer at the Punta Alta Coliseum Gym. And it's fundamental because I could see a very big change in that. I noticed it in sports performance, mainly, and in physical recovery after each training and every competition.

How much does everything you have to live in 2020, with a pandemic when you receive as a nurse?

Now that I see him back, it was a year of not believing, it was amazing. Luckily I always had the support of my colleagues. I'm new here at the hospital, so I came with a lot of uncertainty and ignorance too. But thank God I ran into people who from the first moment taught me absolutely everything. And always being with them here I felt safe and very confident. But yes, it was a difficult year. Most of all at first, for not knowing how you were infected and how not.  He felt fear and uncertainty.  More by the end of the year we already had an idea of the virus and the protocols were safer; we were already working with a little more peace of mind.

You who know the problem of COVID closely, what do you think about Tokyo 2020 taking place?

-I agree that they are done as long as all necessary measures are taken and the athletes, coaches and coaching staff are required to comply with the protocols and safety measures, right? There is a reality, and that is that the virus is already in the community and that, as much as we stop things, the virus is going to continue to be.  We don't know how much longer , we have to learn to live together and everyone has to take responsibility for their actions. But what can be done is reduce the chances that it will continue to spread.

For some friends, and although it seemed boring , the puntaltense was connected with athletics when she was 14 years old. Shortly after, at 17, he found that in the triple jump he felt more comfortable and soon stood out. However, one day in 2019 and after watching a basketball match, he went to try Estudiantes de Bahía Blanca and remained in the women's team, of which he still today is part.

“I still don't know how I did,” says Silvina when she thinks about everything she does at once. It was a half complicated sports stage of mine, where athletics had already bored me a bit because it is a super individual sport. In 2019, I trained practically alone because at the times my coach had worked. So I spent three or four hours alone on the track.”

“Then -he continues - I started to look for options for a group sport, like to do something different and distract me, because I am a fan of the sport and I think that if one day I get to leave athletics I will do another because I love it. I had the chance to see a women's basketball qualifier, which was held here at the Dow Center in Bahia, and the first match was Argentina —   America and it blew my head off. I realized everything it generated and said,  'I have to play basketball, I want to play basketball. '”

“It was a Saturday,” recalls Ocampos. The following Monday I went to the Estudiantes club, talked to Georgina Fornetti, the coach, and opened the doors of the club for me. I immediately started to train with the girls, who adapted me super well too, and since 2019 I am playing in the first division of Estudiantes de Bahía Blanca. Last year, obviously, we trained on video call, and this year we came back. The local tournament is already being played but for all these athletics tournaments I still couldn't start playing. But I hope to rejoin the team soon.” 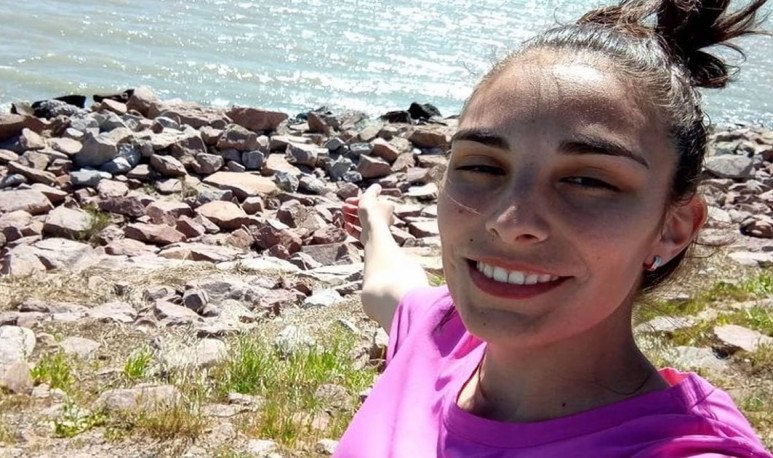 And you fell in love with athletics again...

Exactly. Last year at the National that was made in Rosario, I jumped 12,80m and it was like the light at the end of the tunnel , you see? I needed to be able to feel the way I felt and skip what I jumped. As you say, I fell in love with athletics again and that made me look for other options to start the different year and that's where I started to put together all that integral team.

One of my dreams is to be able to have the Argentine triple jump record . I'm not far away. With my coaches we think by the end of the year we're going to be jumping 14 meters so hopefully yes, hopefully it will happen. Andrea Avila is an athlete that I admire very much, I always searched for information about her because I'm a triple jump fan and she was the most important jumper in the country. Even if it is to match his record for me would be amazing, it would be a privilege.

Qualifying for an Olympic Game went from a dream to a goal?

I always said that the day after 13 meters passed, I wasn't going to set limits anymore , I was going to see everything possible. With the 13,30w mark I am one meter away from qualifying for an Olympic Game and in three months I improved more than 50 centimeters my mark. I don't have it as impossible. I don't know if it's going to be this year because it's already very early and the qualification closes now with the South American. But I target next year's World Cup, which asks the same brand to classify, which are 14,30m. And the next Olympic Games I assure you from today that they are a specific goal .