On Sebastián Battaglia's 40th birthday, we show you the life of the player who won the most titles in the history of Boca. 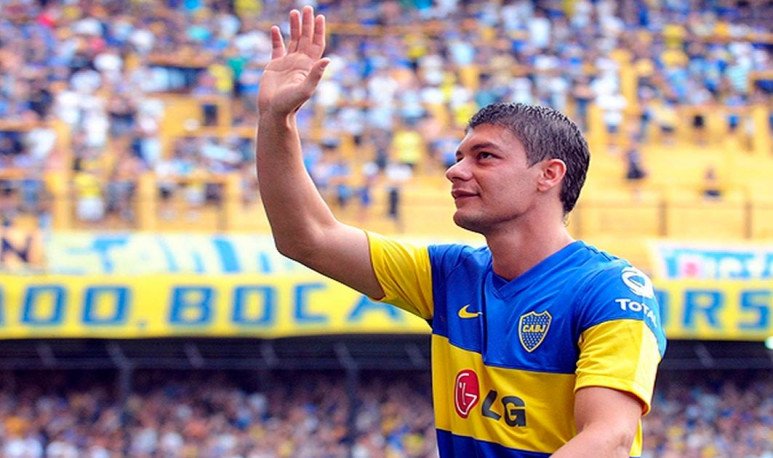 On the day of this date but 1980 in Santa Fe, Argentina, was born the player with the most titles raised with the  Boca Juniors jersey, Sebastián Battaglia.  They were 18 championships achieved  in a joyful race that would end in an early retirement due to repeated injuries. However, this central steering wheel got into the big history of the club and occupies an important place in the heart of the puffy xeneize.

115 years of history has the club Boca Juniors, now imagine the number of players who wore their shirt, who have more than demonstrated their football skills. Several valuable players passed and others not so much, some teaching prawks and  unforgettable goals , while others showed the opponent's strong leg, several raised titles, and others passed without pain or glory. Whatever the passage through the club, the puffy will always remember those who gave her a joy, who changed the day or year for having achieved a championship. Now when the same player has taken several smiles from him, the puffy falls in love with you. Clap up to the crowd and choke the player's name very hard to return one of the many smiles he has given you. Sebastian battaglia is one of them and this is his story with the blue and yellow t-shirt.

His debut was given on May 31, 1998 at the age of 17 and his first title comes at the 1999 Clausura with little participation among the headlines. Due to an injury of  “Chicho” Serna  earns ownership and begins to prove to be the owner of the midfield. By that time, in 2000, Boca became champion of Apertura, Copa Libertadores, playing both finals against  Palmeiras , and won the difficult Intercontinental Cup against the powerful  Real Madrid . Not bad for a 20-year-old kid.

The following year due to an injury to his ligaments played very few matches, although he played as a starting point in the first leg of the Copa Libertadores Final against  Cruz Azul , cup he would finally win  Mouth  for penalties. Already in 2002 and without  Carlos Bianchi  as Coach, he had a lot of matches but  Oscar tabarez  's team did not match.

The return of the Viceroy in 2003 unleashed one of Battaglia's best football years. He won Apertura where he scored a goal for  River  and  Copa Libertadores  against  Santos  . The bow to close the year would come with the Intercontinental Cup winning  Milan  on penalties. The fact is that he missed his penalty but  Abondanzieri  cut two to give a historic title to the xeneize showcase.

Before so many drinks  Villareal  made his services trying to emulate something he had won. But he did not run the same fate and in 2005 he returned home, where he was comfortable raising trophies. With his return, he also returned another injury that left him several encounters off the courts but not for long, as he was going to get a good performance and obviously more medals. Score: Recopa, Apertura and Copa Sudamericana, all in 2005.

2006 brought more titles, two more to be exact, but it also came with a  pubalgia  that would mark his destiny until he hung the  booties . A new lift of hands with the cup would arrive in 2007 against the well-known Copa Libertadores, although his role was not so protagonist. In the following years he reached Apertura and Recopa in 2008 until he left football in 2011 due to  repeated injuries.

His retirement took place on the last date of that 2011 Apertura Tournament when he entered the field in the second half and before a full  Bombonera  . He was cheered by people giving him a smile from ear to ear, rewarding everything that the fan had already laughed.