He resented from the injury to the right twin. 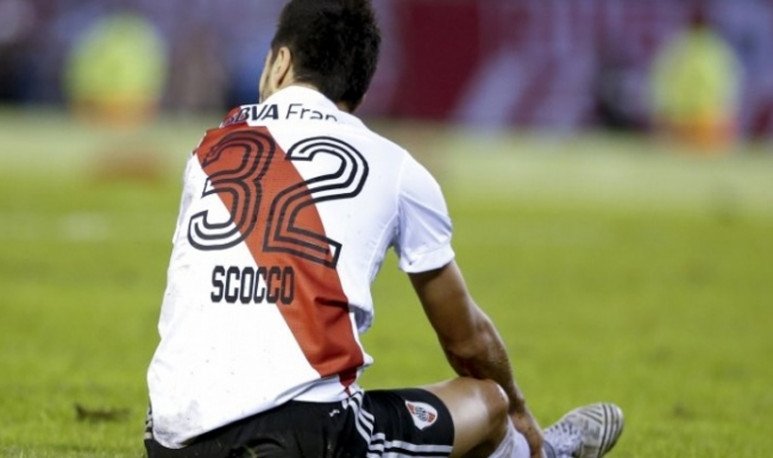 River Plate striker Ignacio Scocco  resented from the injury to the right twin  within minutes of starting the ball work in training and will be idle for two weeks.

The striker went to press a defensive exit for Javier Pinola and felt a nuisance that made him automatically leave the playing field for review by doctor Pedro Hansing.

Scocco returned to play with continuity a couple of weeks ago after suffering a constant injury in the right twin since November last year that prevented him from playing the  Copa Libertadores  finals against Boca Juniors and from which he resented in the first days of the summer preseason.
After  several weeks of intensive care , Scocco returned to the courts against Newell's (played 18 minutes), starred Atletico Tucumán, entered in the second half against Palestino from Chile and had a good match from the start against Independiente (he scored a penalty goal).

However, in this morning's work, he again had discomfort and after suspending all the scheduled interviews he had went to the Rossi center to perform an ultrasound in the area of the injury he suffered during the exercise with ball in tight spaces.

They get 6 points to San Lorenzo

“Kamikaze” are gold in Rosario

Incaa was honored at the Malaga-Spanish Film Festival