Anita Ontiveros is one of the best futsal players in the world. This year he arrived in Brazil, where he spreads rivals and transforms them into conitos. 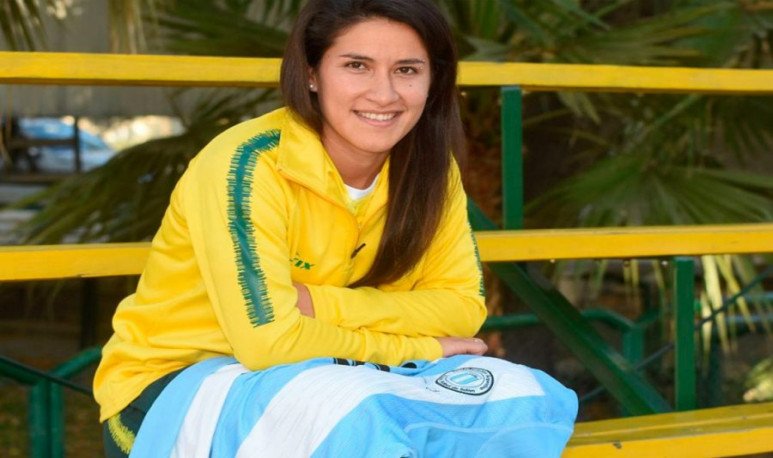 The Mendoza player  trained in the   Cementista club , Las Heras. However, he has defended the colors of the  Mendoza national team, the national team and other clubs . It's even more than defogged in football 11. But the maximum of his career came this year, when he settled in Paraná, Brazil, to play in the best team in America:  Cianorte . Since the beginning of the year he spreads rivals in Brazilian football.

Anita trained in El Poli, nickname with which the Cementista club is known. And his formation in this institution is no coincidence. It is that from these courts and corridors  also emerged figures of  futsal  and world football such as Estefanía Banini or Renzo Grasso.

Your passage through the big court

Anita went through big court football,  wearing the shirt  Gimnasia y Esgrima de Mendoza , where he won 2 titles to, then, hang the booties and transform into DT  of the same club. However, in her career as a player, the fans of  Everton in Chile  also keep memories of how Ontiveros spreads players on the court. Of course, Anita also played in the neighboring country.

The ticket to play in Brazilian football took it out a couple of months earlier. Last December, Anita  played the Copa Libertadores de Futsal for Paraguay's Cerro Porteño club . The contest was held in Camboriú, Brazil. And, although his team did not go as expected,  Mendoza  uncooked her whole and awakened the attention of the great people of the continent.

Among them was the Cianorte club in Paraná. The Brazilian team became champion of America and offered Anita to join the squad from this season.  The player didn't hesitate. From sports and professional, the offer could not be refused. Perhaps, emotion and feeling were an anchor in  Mendoza , but Mendoza left and today (except for the issue of the pandemic) spreads praise among the  fans  who see it transform their rivals into real hindrances.