The fireworks lit up the Tucumano sky, and the fans of San Martín de Tucumán shouted, “Thank God I was born a surja!” 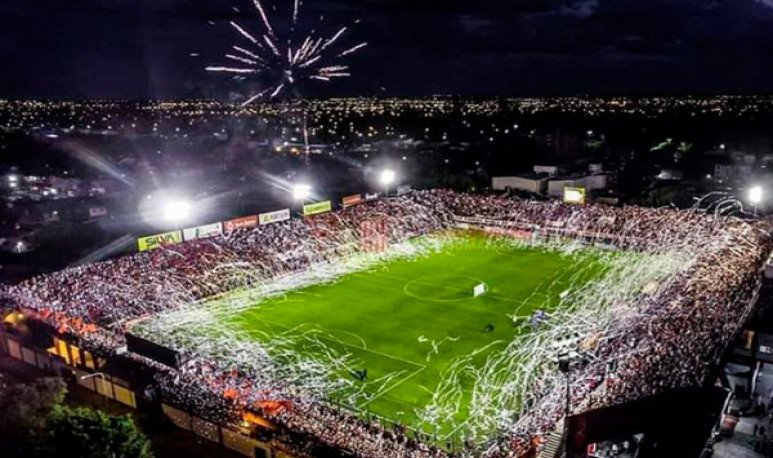 On November 2, from 00 hours, some  Tucumans  who do not follow football very closely were surprised by the launch of fireworks that illuminated the sky with different colors. Both in the microcenter as well as in the south of the capital Tucuman, the celebrations of the  San Martín de Tucumán  team were heard for turning 111 years since its foundation.

Due to the pandemic, the club could not make its traditional  caravan  that, until last year, gathered its supporters on vigil in Plaza San Martín. This year, prior to November 2, the team launched a campaign called “Celebrate in your neighborhood”, which is why fireworks could be observed in various parts of the province.

Some fans of the club  San Martín de Tucumán  decided to get together in the squares of their neighborhoods, for example in the West Quarter, where the “Cebolla Vega” and more than 500 neighbors took a place and put together a caravan of more than 4 blocks where they proved that this is the most surja neighborhood of the city.

In the Citadel, of course fans met there before the clock marked 00 on November 2. In front of the stadium there was a group waiting for the long-awaited moment. Also, the local press was present in the famous corner of Roca and Pellegrini, where thousands of fans cut the traffic and waited, with their  passion  to flush, that it was time to throw out fireworks at midnight.

Those who decided to express their passion for their club from home flooded their social networks with posts from the club they love, photos inside and outside the cancha, other postcards in neighboring provinces where the plums had the opportunity to accompany their club when he faced another team. Also, memes were observed for Atletico Tucumán fans, among other posts.

In this context, it should be emphasized that when it comes to football, Tucumans are divided.On the one hand, there are the fans of San Martín and, on the other, the fans of Atletico Tucumán.The plums, as they call the supporters of the first team, argue that they are majority, even encourage to confirm that “the Tucumano village is a pluja”, and in this way a dispute is generated between both clubs. But, beyond which team has the most fans, there is only one common feeling that is the love of football. But, if there is anything true about all this, it is that the inhabitants of this province are very football players and even many women sympathize in both teams.

For example, in the  San Martín de Tucumán  team there is a group called “Las changas de la sub de mujeres Cirujas”, they also gathered in a house to wait 00 to explode with emotion when the Tucumano sky lit up.

On several occasions, before the  pandemic , when the team was preparing to go on the court to play even if it was a friendly, they could be seen both on flags and on t-shirts and handkerchiefs of their fans.oacute; it is San Martín. “Club San Martín is authentic.”“Celebrate the mere fact of being a surja,” his fans always say in the immediate vicinity of the court. “San Martín is the people”, can be seen on other flags (referring that all Tucumans are from San Martín). “Surge to death”, can also be read on posters.

In this way the fans of  San Martín de Tucumán  celebrated their 111 years last November 2, some fans from their homes, others in squares in their neighborhoods, with a sky lit by fireworks in different parts of the capital Tucuman. His fans, with that fire lit by his beloved club, enjoyed an illuminated night, which seemed like New Year or Christmas had arrived, and in unison it was heard: “Thank God I was born a surja!”.