First official tournament of Marcelo Méndez as coach of the men's team will be the Nations League to be played in San Juan. 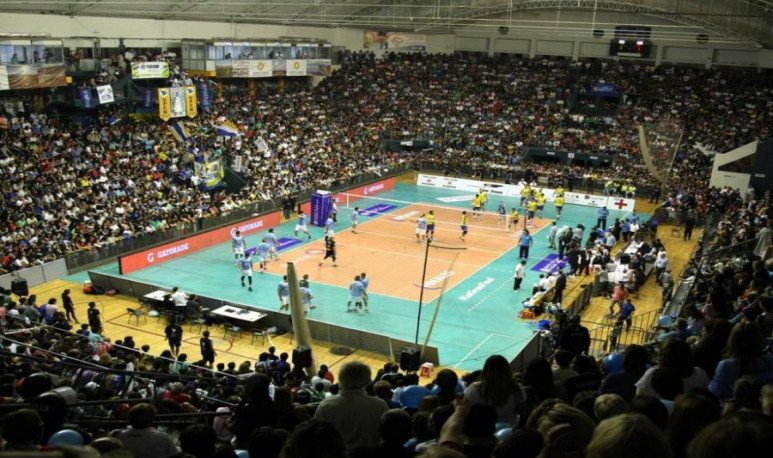 The Aldo Cantoni Stadium in San Juan will again be the scene of the Nations League of Volleyball in mid-2019. In the first official tournament of Marcelo Méndez as coach of the men's team in the country. According to the Argentine Volleyball Federation (FeVa).

Argentina will host Portugal, Canada and Bulgaria on the first weekend of the League of Nations 2019. In the presentation of Julio Velasco's successor, he will assume as coach of the team next May.
The passage of the first edition of the League of Nations (VNL) was a public success. And it closed with the victory of Argentina, which won 3-0 to a power like Italy, in June this year.

After that experience, Governor Sergio Uñac redoubled the bet and made the commitment with the Volleyball Federation to receive the Argentine team again.
“ The passion we have for sport has a lot to do. The sanjuanino is an athlete by nature. What we did was read a social fact and make it a great opportunity to promote sport. And to do it together with education, the pillars of social construction. In addition, sport can be a great factor in developing tourism in the province,” Uñac said.

For his part, the head of the Secretary of State for Sports of San Juan, Jorge Chica, highlighted the importance that this type of tournaments has for the province. “Betting on events, we give hope to many boys. We have 19 sports initiation schools,” said Chica.

The secretary also made mention of the passion for volleyball in San Juan. Cradle of volleybolists in our country and land of historical teams such as Works and UPCN (seven-time champion of the Argentine League of clubs). “Volleyball, cycling, hockey and football are the sports that represent us most in San Juan. In volleyball we have two teams at the highest national level and also in the second category. And that makes us always have great results in the Binationals,” Chica concluded.