The story behind the origin of these nicknames. Worn and Chicanas among the fans of the main clubs of Santafesinos. Sabaleros and tatengues. 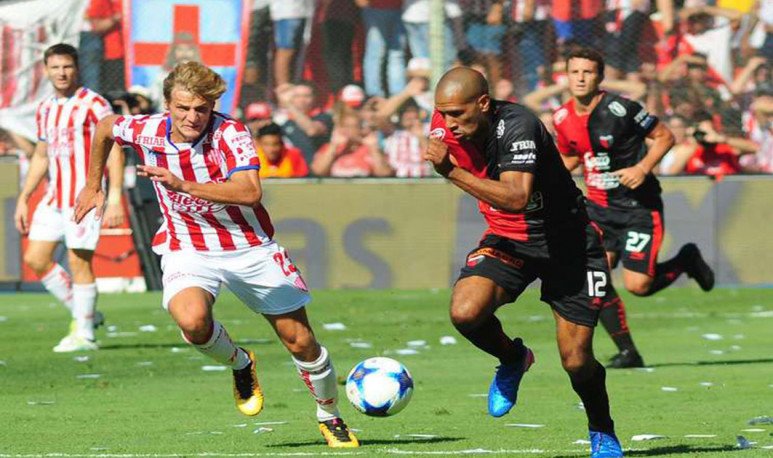 In a similar way to the  history of the nicknames  given to fans of Central and Newell's in Rosario, the origin of sabaleros and tatengues nicknames for supporters of  Colón  and  Unió n  has a  derogatory  background.

The strongest version of the beginning of the sabalero nickname has to do directly with  one of the most proliferating fish  in the rivers surrounding the provincial capital: the shad. But it is the river itself that has  always been the protagonist of  sabalera history , as well as many inhabitants and, above all, the   fishermen of this city   .

The sabaleros would then be a group of individuals of few resources, living in the suburbs or “in the mud”, in the same way that the shad can survive on the riverbank. From this discrimination also arose the nickname “Negros” or “ Raza ”, arranged by teams facing Colón in the city.

In the first clashes with clubs of the local league, the cry of “sabaleros” became an attempt to discredit a team that, with the passage of time and through play and passion, began to take fans throughout the world.  Santa Fe .

Origin of a classic

In the Argentine jargon of the early twentieth century, there was a curious word: tatengue. It was used to call those people who had a  well-off social background . They were people belonging to certain elites.

With regard to the Tatengues nickname for Union fans, it also stems from  an attempt to insult them,  and  the fans eventually appropriated it forever, as a   sense of belonging   . They say that the word began to be heard around the red and white team from the 1920s.The most widespread hypothesis is the following: having been founded in the city's macro-center, the rival teams adopted this nickname as “people of good living” .  It is in this aspect that  Union appears primarily as the opposite of Columbus . Neighborhood versus city, black versus “good people.”

Thus, one of the richest stories of the popular culture of Santafesina was born: that of sabaleros and tatengues.