The Mediterranean team beat Tucumán by 19 to 12 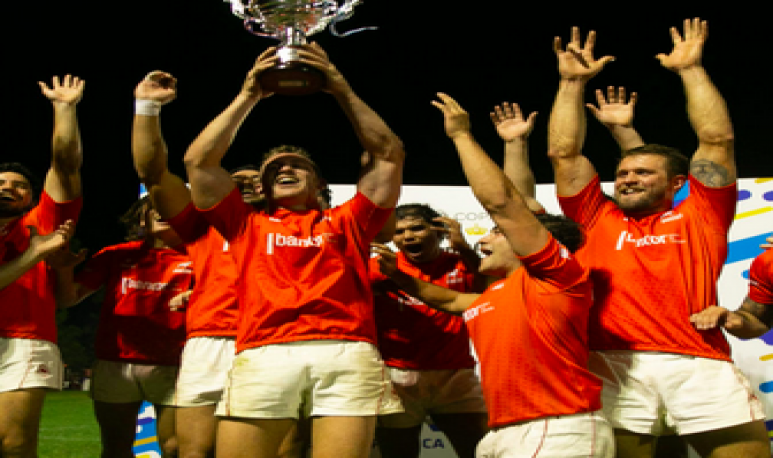 By: Redacción
The member of the Union Cordobesa became champion of the 35th edition of the Seven de la República. The Mediterranean team beat Tucumán by 19 to 12. The 2017 final was repeated, but at that time, it was the orange selected who took the glory. Now the turn was for the Dogos in a match that looked quite like last year, but this time the Cordobeses knew how to endure the onslam and overcome. Three players of the champion could not hide their thrill behind the title. Franco Cuaranta, one of the most experienced, said:” I played five times this Seven of the Republic and finally, after all waiting and searching, the fifth was the defeated. It was once going to happen and the truth is that closing this weekend is amazing.”   “The team's attitude multiplied the effort. It is a group that has players with skills and many qualities, but it was the attitude that overflowed this group. We all gave a lot more than we had in all circumstances. And that's why we all celebrate like this.”   “Since we left Cordoba, I never hesitated. I knew it was moving that since we got together to the end, it was going to be positive. When we talked and I had to talk to me, I told them that we had to visualize the cup, feel it and lift it up. And now we're on it. This group had an incredible conviction.  This tournament is a great christmas gift ”. Nicolas Cantarutti, said:” From the start we wanted to keep the mystique. They're all complicated matches. The biggest, the most experienced, those who had already passed by the team explained the feeling of winning this and that is why this title is celebrated a lot ”. Agustin Segura, meanwhile, said:” We are very happy and I am very grateful because in the group they made me place despite my age. It was a nice process. Since we started training and then when they gave the list, we set out to make a united group and it was achieved.   “It was a little step by step, increasing the intensity. Today, when we beat the URBA was really an impulse that told us we were well focused and in the race. And he had to raise the intensity a little more. At last we were with heart and head, because the tiredness was already a lot. And being strong there, empowered us ”. Source: UAR

“The doll” is not satisfied