Home People Sports “Road tourism is like mate and asado” 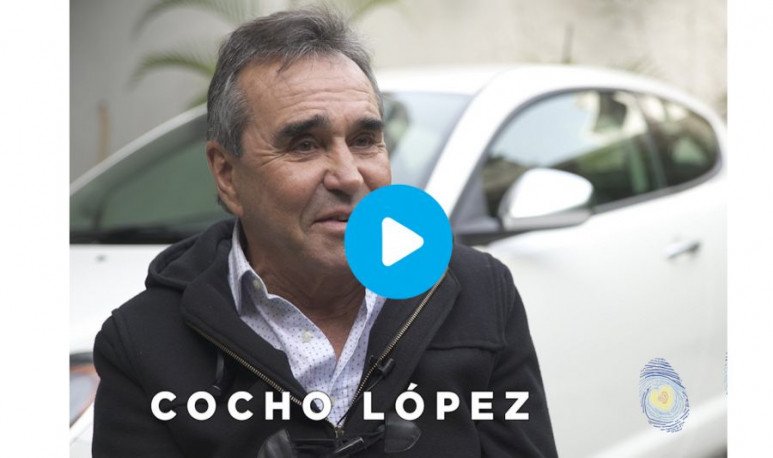 “Cocho gave me my mother, a wonderful Brazilian voice who stopped singing the day he married my father. And that day, too, the old fierrero stopped running,” says Cocho López, the first driver who took national runners to the world of marketing and entertainment. Who does not remember his monumental lists of brides and suitors in the seventies! Learn, Cabré. Jokes aside, Cocho was also one of the first to “even though he went out of hell, he would lie early and train his body to be a better pilot,” says who was born in a humble workers' neighborhood, Mataderos. Excuse me, clarifies Cocho, La República de Mataderos.Three-champion of the Argentine Pilots Club and, among other achievements, European Formula 2 runner, from where he brought the idea of TC2000, a category that revolutionized Argentine motorsport, and longing for that time of the Traverso and Bessone, “the technology ended with the spicy sport,” he says, Cocho for years has been working on the social and economic issue, with road education and the promotion of the automotive industry on the daily agenda and with the “desire to return to people everything that gave me in almost 40 years.by profession”.“I am now working on a law that protects the craft car industry. In the country we have 50 manufacturers of replica cars historic internationally and they need to export the support of the Ministries of Transport and Industry. There are more than a hundred craft car projects with international interest, and with the possibility of requiring more than 8,000 specialized jobs,” says Cocho, also promoter of the law organized by the autodromo in Buenos Aires, and comments with emphasis and so that we hear about a Well, “as drivers we are barbarians, children of a nut country, and we think ourselves car racers. The problem is, we don't respect the laws of our streets. The biggest investment a country has to make is in education, from there we improve everything from road safety to work.”