Everything bad ever ends and River is no exception: he gets a title again and is the protagonist of the 78th world champion team. 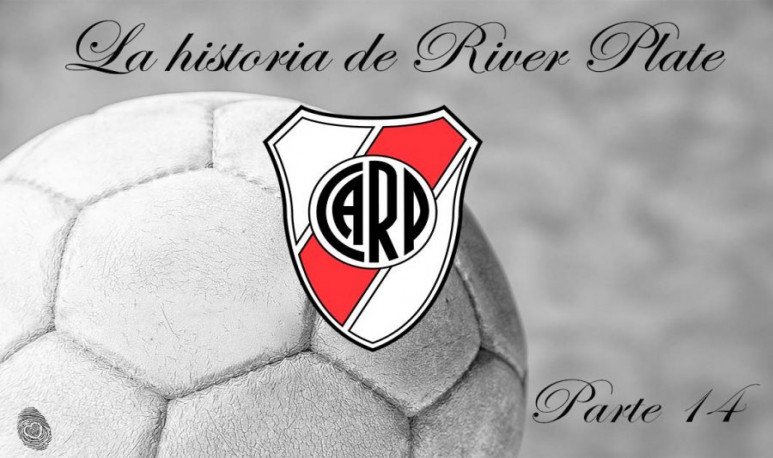 And just as all good ends, so does the bad. The 18 years without titles were becoming eternal. In fact, statistically it is one of the times when fewer children are River fans: they had not seen him win anything.

But in '75 Ángel Labruna returned to the club, this time as a coach. Between their knowledge and the efforts of the leadership they manage to put together a more than solid team: Ubaldo Fillol on goal, Roberto “El Mariscal” Perfumo and Daniel Passarella as central defenders, Norberto “El Beto” Alonso, Reinaldo “Mostaza” Merlo and Juan José López in the middle and Carlos Morete and Oscar Later. A true steamroller. Consequence: River wins the Metropolitan and National and cuts the fateful streak.

Already in 76, Millo would receive another blow: once again they reach the playoff match for the Copa Libertadores. This time, they lose with the Cruzeiro 3-2. They would have to wait another 10 years to lift it. But we will see that in due course.

In 1977, the Metropolitano champion came out again, with an excellent performance by Leopoldo Jacinto Luque. On the second to last date, he beat Boca 2-1 (Passarella's penalty goals and Pedro González's goals), and finally, on the last date, he beat Ferro 4-2 in Huracán.

The relationship between River and the national team is recovered

We arrived in 1978 and River became friends with the national team and returned to provide the backbone of the team, with the difference that this time it was the backbone of the world champion: Fillol, Luque, Passarella, Ortiz and Alonso. In 79 they win the two tournaments in dispute: the Nacional and the Metropolitano. In 1980, when the Metropolitano won, they achieved the second triple championship in the history of the club. The most prominent of the latter are Ramón Díaz, Leopoldo Luque, Ubaldo Fillol, Alberto “El Conejo” Tarantini and “El Beto” Alonso. Team nonsense, right? What would they not give to have it today?

If you want to read the previous installments you can do it in the following links:
Part One (The beginning of everything)
Second Part (First title and beginning of the relationship with the National Team)
Third Part (First title in the professional era)
Fourth Part (River wins the first superclassic in the professional era)
Part Five (The Monumental is inaugurated)
Sixth Part ("The Machine" begins to assemble)
Seventh Part ("The Machine" begins to win everything)
Eighth Part (“The Machine” is disarmed)
Part Nine (Ends one of the most glorious decades in River history)
Tenth Part (First Argentine team in history to win in England)
Eleventh Part (River is reborn from its ashes and shapes “La Maquinita”)
Twelfth Part (Towards total hegemony)
Thirteenth Part (Soccer drought and the greatest tragedy in the history of Argentine soccer)