Gallardo's team had a traumatic experience playing in a country where the incidents were about to cancel the match. A draw on a night saturated with errors, result rescued with a tight header at the discount. 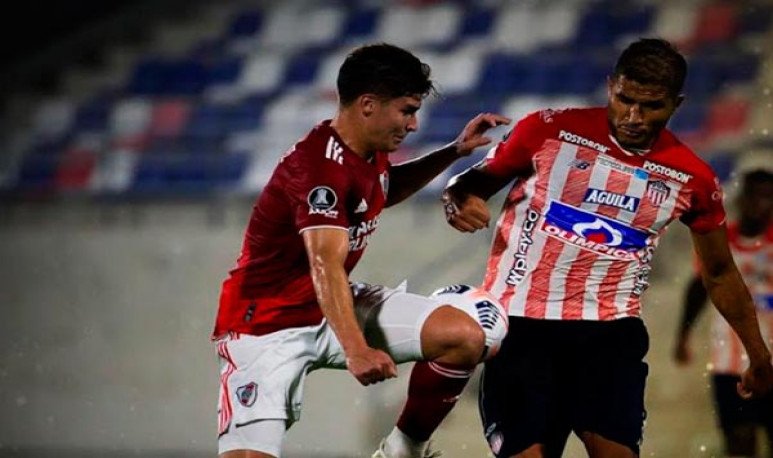 With the memory of the defeat of  Boca Juniors , also as a visitor in his Copa Libertadores match, the squad of  River  took on the lesson that meant not to risk his football balance during his visit to the Colombian Junior. Football is the sport and also its circumstances, understanding that the pre-match incidents would have actually motivated not only the cancellation of the match, but also the withdrawal of the delegation in a country where the crisis generated violence in the streets adjacent to the stadium where it was played the match for the continental tournament.

It is clear that the circumstances are much more important, but since an important part of the Copa América is at stake here in a few weeks, it became clear that Conmebol does not want to take a step back and change the venue of this competition, something that might have to to carry out forcibly within a few hours without the brutal clashes of protesters against President Duque continues to grow in violence. The Argentine club landed on foreign soil and arrived at its hotel thanks to the appropriate efforts of the police to shield the arrival of the Argentines to the conflicting place of the party.

The transfer of the riverplatense delegation to the stadium was marked back and forth with the protesters colliding with the security forces, a few blocks away the old playing field where Junior played local. Police used tear gas on numerous occasions to deter protests, but because of the wind these fluids sneaked into the stadium, moments where the Argentine team carried out preheating tasks with the technical staff. Immediately Marcelo Gallardo and all the players had to return to the changing rooms, affected by the effect of the gases, hours in which the realization of the match was still in doubt.

Should the game have been played? The most correct thing would have been to suspend it, transfer the match to Ecuador or Paraguay, requesting a sanction for the organizers and demanding better structure, because the millionaire squad landed in a country where there were no guarantees for its normal development before, during and after its match. As he needed not to lose more days, liquidate the procedure and return soon to Buenos Aires, to prepare the match against his classic rival. Already with one more day of rest, the squad of Boca could watch on television as its archrival spent those of Cain on Colombian soil.

That formation that Marcelo Gallardo put, an “alternative” team except for some defenders, definitely had a forgotten first time and, to further complicate things, the smell of tear gas outside entered the court, something that forced to suspend the match in two occasions in that start of the game, where the locals came out to make the difference against the Argentine squad. The millionaires midfield was unbalanced, while forward the forwards Girotti and Fontana collided with each other on their way to the bow, a squad that had little functioning in the first part of the match.

When River Plate does not respond to individualities with their fleeting appearances, fate finds it saved the collective functioning, something that did not happen either, which enraged Gallardo who understood that at any time the locals would put themselves into advantage. Indeed, Junior's raising with Fisterra and Pajoy marking firm on the sides prevented River's defenders from advancing in that railing rails going and coming. The home team had Miguel Borja wreaking havoc ahead, a range of attacks that worried the Argentine defense. The truth is that the striker took a ball by the lane of the 8, advanced 30 meters without Paulo Díaz being able to take away the ball and at the time when he came out goalkeeper Franco Armani, with a slight gambeta and strength in his right foot placed the 1 to 0 for Junior. 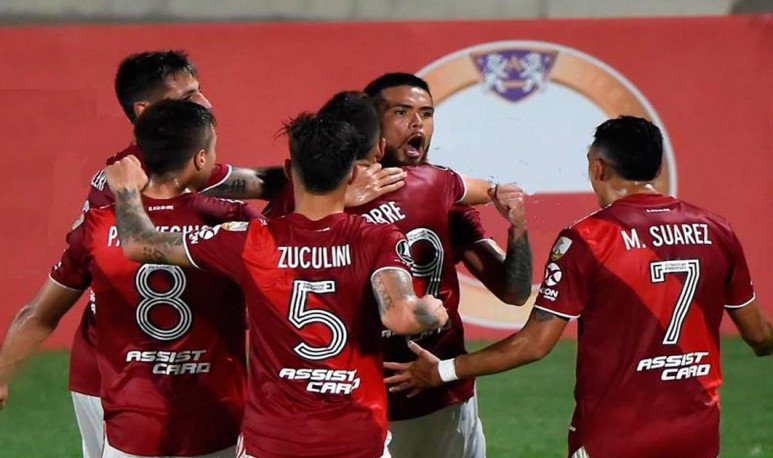 The second half began with the same symptomatology of the first, with Junior strong forward with an intractable Borja wreaking havoc forward, while Gallardo was looking for the solution that was delayed to arrive. The first 25 minutes of the supplement left the feeling that the Colombian team regulated the actions without worrying, hard time for River that did not reach the opposite area. That's when Gallardo's doll placed the appropriate changes and sent most of the substitutes to the playing field, he lacked him to send the doctor to nod a center.

The feeling of the Colombians regulating and each and every so putting in inconvenience the riverplatense goalkeeper, with some well-crafted counterattacks, foreshadowed the worst in the last quarter of an hour for the Argentine team, formation that unlike previous matches had no control of the ball, something that was left. oacute; testified in the statistics that at the end of the match they scored that 60 percent of the possession of the ball was Junior, with a very conservative but effective strategy until almost the end. With a lot of self-love and willpower, Núñez's little by little bowed the court into what allowed a mediocre meeting in general.

The referee decided to incorporate five minutes of discount, time sequence in which the Argentine team played their last cards, taking control of the rival field and fighting the Colombian goalkeeper, who did not really pass too many risks throughout the match. So much was the strength of the millionaires, that those 300 seconds of additional were played in just 25 meters of court, with the locals bursting the ball to the grandstand while the away team cornered it without hesitation. In the 92nd minute, when many already estimated a defeat of Núñez's formation, Junior's defense gave a corner on a ball that the goalkeeper failed to control. The center kicked by Angeleri from the left side in pumped form, was nodded by Paulo Díaz, who with his left parietal stung her a few meters from the arch line, displacing the Colombian goalkeeper, thus sealing a miraculous equality in discount time.

Unlike the match that Boca lost with the Brazilian Santos team, River even being at a disadvantage left the feeling that could go back, behavior that those led by Miguel Ángel Russo never transmitted during their Brazilian stay. Playing the style that Gallardo instills them since he incorporated them into the first division, playing a lot of minutes, several youth began to consubstantial with the proposal that the riverplatense coach intends in those who make up the millionaire turnover in the middle of so many matches in a row. Going back from Colombia, on a shameful day where it is analyzed, cheerfully toned those led by the Muñeco, who knew how to find the difficult stretch a very timely antivirus amid the chaos in that old town affected by social protests.

Without injured results of the encounter and with the tempera reconfigured after a traumatic trip to the Boricua territory where everything seemed coordinated to bitter the stay of Gallardo's team, River could perhaps miraculously rescue a tie that left him inside the area of potential classifieds, a no less detail in the midst of so many encounters with the obligation not to lose a half centimeter today in what was conquered. Much stronger from the mood and psychological, having achieved that result transferred an extra load to the boqueases, which as locals will be playing a lot this Sunday at 17:30 hours when it starts up in the Bombonera the expected Argentinian superclassic  . Different is the consequence for both teams of a loss on Sunday: while for those led by Marcelo Gallardo it would only mean to resign once again the local championship in search of the continental goal, for Miguel Ángel Russo to be eliminated on Sunday against his classic rival would start running its power away from the xeneize entity, more if the results do not accompany it days later in the Libertadores. For a change, this weekend, the result of the great match par excellence of Argentine football, will generate happiness for some and sadness for others, in a tournament that advanced a final potential a couple of rounds earlier, without underestimating or neglecting the importance of the other rivals who reached this instance.

Women's football, with the colors of the Rainbow