It finishes disassembling “the Machine” and with it goes one of the most important decades in River's history, with an average of one title per year. 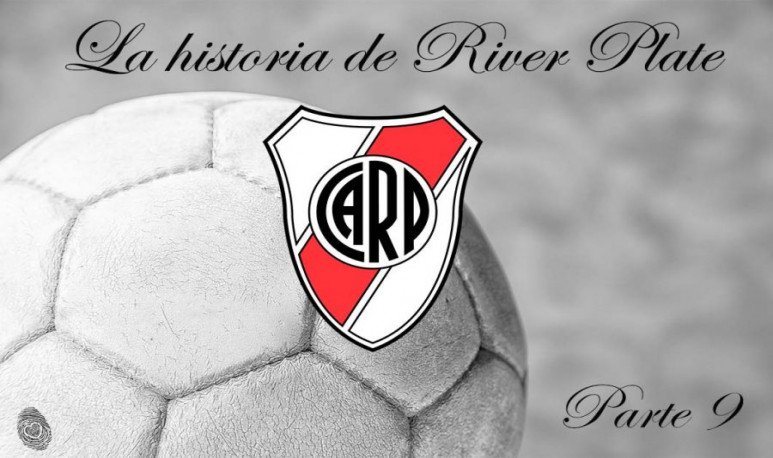 We continue, dear readers of Ser Argentino, reviewing, in detail, the story of one of the largest teams in the world: River Plate (remember that you can read all previous installments by clicking on the links at the end of this note).

We arrived in 1948,  the year in which “La Máquina” is finished disarming : due to wage problems there is a massive strike of players (not only from River but from all Argentine football) and they begin to go, mostly, to Colombian football. The first to assemble the suitcases is, once again,  José Manuel Moreno , already, despite the difficulties of information of the time, recognized throughout the planet. But it would be only the first, the exodus is total:  Di Stéfano and Carrizo also leave . El Millo would take almost four years to reassemble a competitive team. River finishes second,  four points from Independiente .

River plays for the first time in Europe

In 1949 River traveled, for the first time in its history officially, to play a match on European territory. The match is for the benefit of the families of the victims of an aerial catastrophe that took the life of the squad of  Torino  (at that time five times Italian champion). The rival is a combination of the best of all the Italian league teams and  the match comes out 2 to 2 .

But the 1940s will not only remain in the memory of River fans: “the Machine” also moved to  the  National Team  . In 42, Pedernera was the scorer of the team and in 46 the figure of the national team. On the other hand, in 47 the scorer was Di Stéfano and Moreno the figure. In that decade without World Cup for the European War,  five editions of the Copa America were played: Argentina won 4 and came out second in the other.  In all cases, “the Machine” had a lot to do with it. Thus it closed an unforgettable decade for the River world, with an  average of one title per year : four First Division Championships, three Aldao Cups, two Ibarguren Cups and one Escobar Cup. Impressive numbers. We were already talking about one of the most important teams in the world.

If you want to read the previous deliveries you can do it in the following links:
Part One (The beginning of everything)
Second Part (First title and beginning of the relationship with the National Team)
Part Three (First title in the professional era)
Fourth Part (River wins the first superclassic in the professional era
) Part 5 (Monumental opens)
Part 6 (It begins to assemble “The Machine”)
Seventh Part (“The Machine” starts to win all)
Part 8: (“The Machine” is disarmed)