The end of La Máquina is approaching, the team that would happen to the history of world football. A big loss for River and for all Argentines. 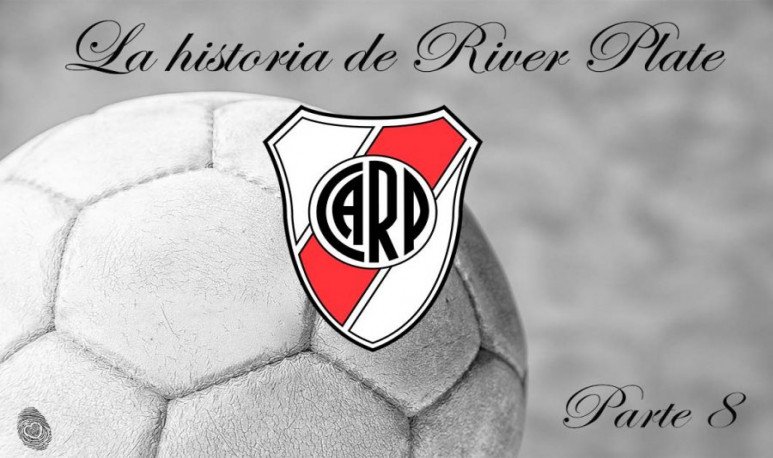 In the previous installment (at the end of the note are the links to all the chapters published so far) we had left River  closing one of the most glorious moments of his career  and, as everything has an end, entering the stage of “disarmed” of the Machine for the sale of Moreno to Mexican football. It was the year  1944 .

In the 45 there is another fundamental change:  Peucelle takes over the technical direction , succeeding the huge Renato Cesarini, after 5 years in command and having obtained five local and one international titles. Moreno's first leg is solved with  Alberto Gallo  fulfilling his function and with a Labruna that begins to transform  into the all-time crack that is today  (putting 32 goals in the season).

There are champions of the local tournament and the Aldao cup, this time against   Peñarol  , who in its ranks had the backbone of what would be the Uruguayan National Team that would give the biggest batacazo in history by beating him the final of the world to Brazil in Rio de Janeiro, event known as the “maracanazo”. One news went a little unnoticed, but over time it would be important: two young people debuted: one Alfredo Di Stefano and another Amadeo Carrizo.

1946: the only year of the 40's in which River does not come out first or second

1946 brings good news: Moreno returns from  Mexico  (which from that moment would be known as “El Charro”). He did very well in the Aztec country, but he missed Buenos Aires. And River missed him even more: even his outstanding performance did not reach to reverse the mediocre campaign they had been doing and were third. That was  the only time in the entire 1940s when the Millionaire didn't come out first or second .

But it is in 1947 when  the Machine was completely disarmed . Flint, faced with the leadership, is going to Atlanta. Labruna, with hepatitis, loses half a tournament (which would give Di Stéfano the space to finish exploding and become the undisputed best Argentine football player with 27 goals in the season) and Muñoz, injured, also loses much of the tournament. The creaking gears are worn to Peucelle and assumes the technical direction  José Maria Minella  (another former player), who despite everything brings him champion:  48 points of 60 and 90 goals in favor  . They also win the Aldao Cup for the fifth time by defeating Nacional de Montevideo and for the first time they face a Brazilian team: they beat, as away, the São Paulo champion:  the already huge and respected Palmeiras . Another historical fact is also given: it is the first year in which a  South American Champions Clubs Championship  is organized (which eventually would become the  Copa Libertadores de América  ), which is played with the mode of all against all points. It comes second to one point from the  Vasco da Gama . The relationship between River and continental tournaments began, which in our days remains more than ever before.

If you want to read the previous deliveries you can do it in the following links:
Part One (The beginning of everything)
Part Two (First Title and Start of Relationship with the National Team)
Part Three (First title in the professional era)
Part 4 (River wins the first superclassic in the professional era)
Part 5 (Monumental opens)
Part 6 (“The Machine” starts to assemble)
Part 7 (“The Machine” starts to win everything)