In this installment, we come to the moment when “La Máquina” begins to win everything, getting into the history of not only River but world football. 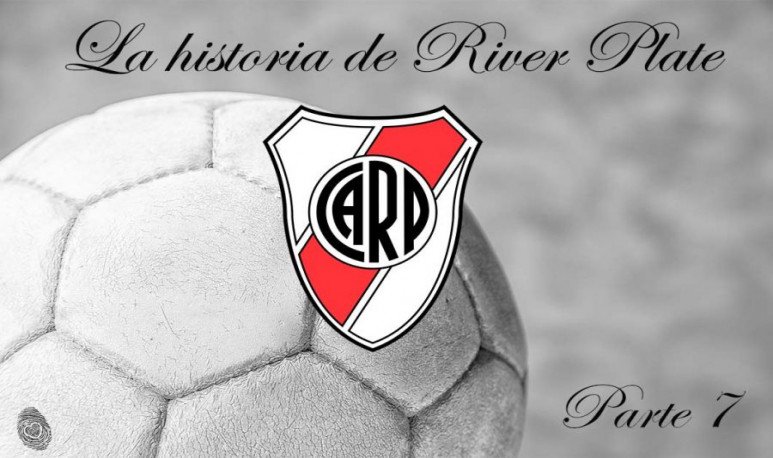 We continue with the story of River, dear readers. I take this opportunity to thank the comments supporting this series of notes and to clarify, because someone else threw me the bronca, that over time  we will publish the rest of the clubs , both first division and promotion (next, to calm the anxieties of xeneizes readers, will be about  Mouth ).

We had left  River   champion of everything in 1941  and with Moreno, Pedernera and Labruna as scorers and outstanding players. But only in 1942 was the last nut added to the Machine when  Felix Lousteau debuts. The most famous team of all time was complete:  Juan Carlos Muñoz, José Manuel Moreno, Adolfo Pedernera, Ángel Labruna and the newly mentioned Felix Lousteau played from half the court to forward. There is a sixth member who sometimes does not have the place he deserves, who was the first alternate, who came in when one of the five was very tired or had some discomfort:  Aristobulus Deambrossi.

The River Machine starts to win everything

The consolidated machine  would win the bicampeonate  with a special seasoning. In the first round  he would win Boca 4-0 in  Monumental  , but the title was defined in La Bombonera. And River needed at least one point and Boca had gone 2-0. Averaging the second half would stay with one less man: from the rostrum of Boca they threw a projectile (some say a horse horseshoe) that hit Yácono, forcing him to leave the playing field. River had made all the changes. However,  with only 10 players he managed to tie the match : not only did he go two-champion on the rival's court, but he  did not lose the undefeated one . That Olympic return was remembered for a long time.

That year, the glorious  1942 , they would also have the tournament scorer (Pedernera) and win the  Ibarguren Cup . In 1943, they would be one point from the champion, frustrating what would have been the first three-time champions of Argentine football. In 1944, savage capitalism began to bleed our clubs: Moreno,  considered the best player in the world , is going to play Mexico. When Moreno left they were first to 4 points ahead. The low hit football and emotionally: they lost a priori “easy” points and finished seconds. It wasn't that bad either. But we had to be vigilant: “The Machine” threatened to begin to disarm.

If you want to read the previous deliveries you can do it in the following links:
Part One (The beginning of everything)
Second Part (First title and beginning of the relationship with the National Team)
Part Three (First title in the professional era)
Fourth Part (River wins the first superclassic in the professional era
) Part 5 (Monumental opens)
Part 6 (It begins to assemble “The Machine”)