As it could not be otherwise, the city of Santa Fe has a stellar representative in the world of boating. 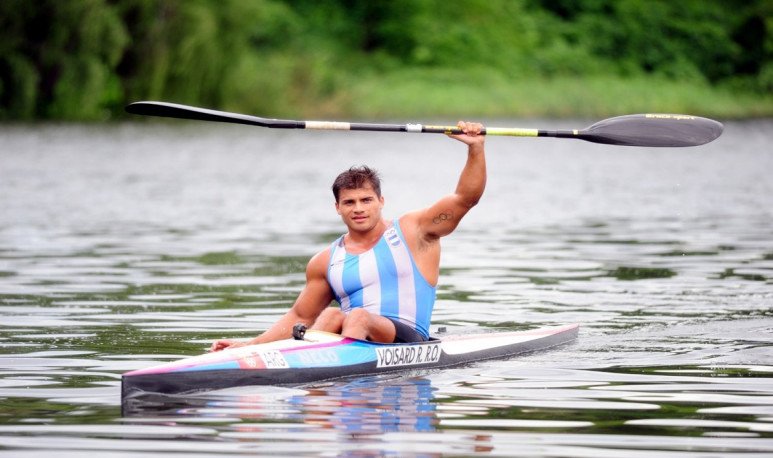 Several of the sports and recreational activities in the city of Santa Fe are related to its geographical and natural environment . Water is thus the protagonist of local and regional recreation and competition. In this sense, it is a pride for the provincial capital that one of the best Argentine paddlers is ours. It is a pride but, in turn and as said, it is not a coincidence. In the national boating, Santa Fe has a prominent name. It is Rubén Rézola, who  was born in our city on April 21, 1991.

His performance in the major events was also always highlighted.  At the 2012 London Olympic Games, in the double kayak test (K2) in 200 meters next to Correa, he won an Olympic diploma after winning 5th place in the final A. more here in time, at the Olympic Games of  Rio de Janeiro 2016, was 8° in the final B of the K1 modality 200 meters.

In 2020, the pallist was chosen by the Konex Foundation as  one of the top 5 canoists of the last decade in Argentina a. Don't look like little.

The Santafesino canoeing representative was holding a rally in the city of La Plata, with the aim of achieving the classification to the Olympic Games in Tokyo 2021.

Do not forget to be supportive

A few months ago, Rézola was a trend in social networks thanks to a remarkable solidarity action. He took it considering how difficult 2020 was for the whole world. Rubén  decided to donate the unique bonus that ENARD provides to Argentine athletes, to help those most in need of the coronavirus . seemed to him the best way to raise awareness, to try to help those who need it most and who suffer most strongly from the difficulties of COVID-19. “The idea of this initiative is that everyone can sympathize with people who risk their lives all the time and who have no choice, those who need it most, a friend, family member, acquaintance . Whoever you really think needs it.  I wish my input could be more generous. Believe me that's all I have and I know it will help a lot of people if we do this as a team. The ARGENTINE team! ” were his words on Instagram.

While in Santa Fe, the pallist trains on the iconic Lake of Parque del Sur. He always did it at the traditional Club Náutico El Quilá.

As a star of these sports that do not receive as much money as others, Ruben must take care of other personal things. She was studying to perform finals, she also took a masseuse course and now, in January, she resumes normal concentrations. There were other activities with the national team, but the Santafesino decided to stay in his city with permission from the coach. It's just that  he had to fulfill his other goals, which are as important as sports.

It may be interesting to highlight these features in someone who is regularly highlighted by organizations such as the Konex Foundation. This, recently communicated the distinguished men of the Argentine sport. Among them there are several paddlers, and as it could not be otherwise, Rubén Rézola is.

Water sports: another way to enjoy the summer in Posadas