The Santiago team Quimsa beat San Lorenzo by 76 to 70 and won the title of Super 20 Banco Comafi, in an electrifying match. 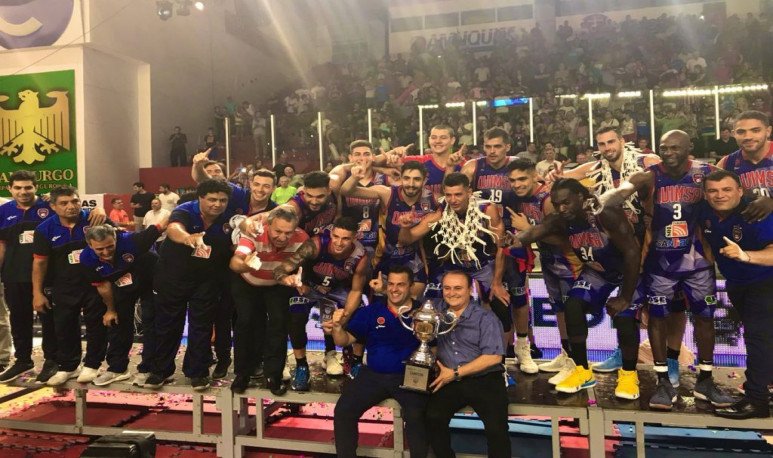 Courtney Fells was in charge of breaking the zero, Mathias Calfani equaled. The start was even and back and forth. With Leonardo Mainoldi active throughout the court, Quimsa got 6 points ahead of Cyclone. Gonzalo Garcia requested a minute to order systems. But on the return the Fusion was the dominant clearing, proposing an effective defensive system and being clear to define. The local won the partial 25 to 15.

In the second quarter, Quimsa handled the meeting times. San Lorenzo was erratic and could not discount the difference between the Santiagueños. At the close the Boedo people entered the pace with Donald Sims contributions. And they went to the locker rooms with the score in 38 to 32 in favor of Quimsa.

In the third half, Quimsa went out to plant a strong defense to contain the rival's lift. The merger attack was lethal. With Fells inspired giving his team peace of mind, the clash was 50 to 38 for the homeowner.

The Fusion was on its night and deployed good basketball. Thus came the maximum advantage, the electronic board marked 58 to 41. The last few minutes there was no reaction from the visit and Quimsa entered the fourth definitory winning 65 to 46.

In the fourth final, San Lorenzo got into the battle again and narrowed the gap by cutting to 8 points. Quimsa failed to realize the actions in attack and allowed Cyclone to confirm his notorious lift. However, it was not enough for Azulgrana. Quimsa kept the result in his favor and closed the match 76 to 70 to become champion of Super 20 Banco Comafi.