Two Swedes won the “Standard Motor Racing Grand Prix” without even getting dirty. 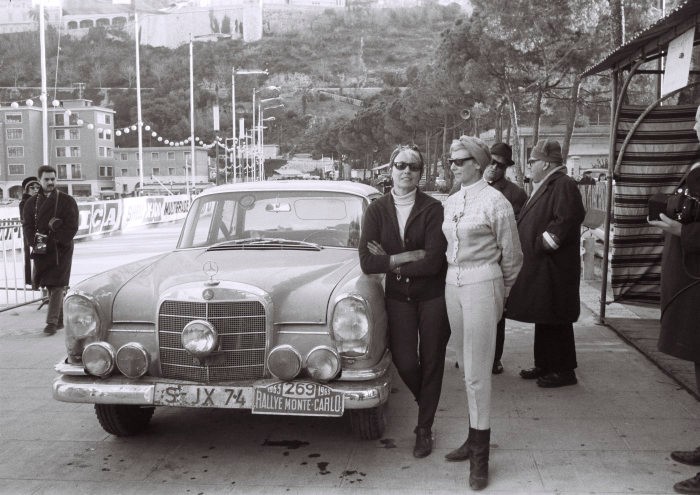 Swedish veterinary students Ewy Rosqvist and Úrsula Wirth participated in motor racing all over Europe. Thanks to the good results obtained, they were incorporated into the official team of Mercedes Benz and invited to participate in the “Grand Prix Standard de Automobile” to be held in Argentina in 1962, driving a 220SE car. The novelty of his presence in Argentina was considered a curiosity and a marketing maneuver, given his participation in an absolutely male-dominated environment.

The race started from Pilar, Province of Buenos Aires, on October 25, 1962, with the participation of 257 cars in 7 different categories. They were to cover a distance of 4,624 kilometers divided into 6 stages: Villa Carlos Paz, San Juan, Tucumán, Catamarca, Córdoba and Arrecifes. Without making mistakes, with pace and precision, they faced the powerful Volvo 122 S, the 400 HP Pontiac Catalina and the Mercedes Benz 300 SE. They won all stages in record time, finishing the overall standings more than 3 hours ahead of their immediate pursuer.

At the end of each stage, the Swedes descended from the car in their impeccable white uniform, painted and perfumed as if they hadn't run, ready to go to a party. When we compared its appearance to that of the other runners, we wondered how this big difference in its exterior appearance was possible. The bearded men, disheveled, with the overalls sprinkled with fat and mud, constituted a remarkable contrast in their appearance. Ewy Rosqvist and Úrsula Wirth arrived from Sweden, ran the Grand Prix, won all the stages in record time and left an unforgettable memory in the sports car of that Buenos Aires yesterday.