To my understanding, we are in front of one of the best songs in argentino football 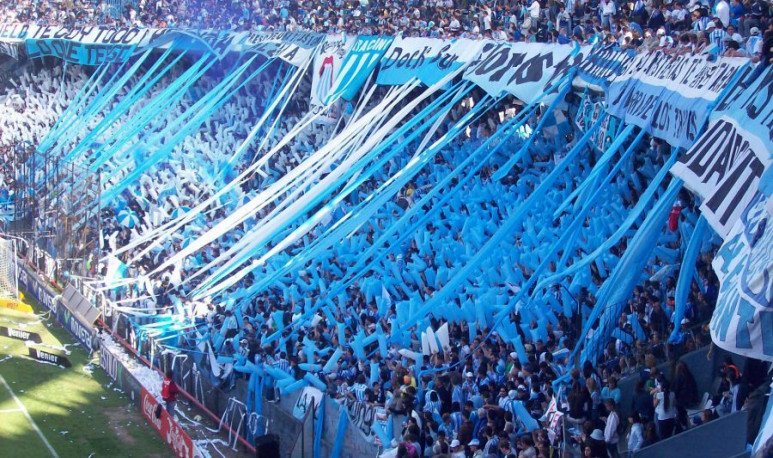 This is the second installment of the contemporary poetry section (for the reader friend who was worried, I clarify once again that the idea is to do it with all Argentine football teams). Incidentally, I propose to other readers that if they have court songs that interest them to be analyzed in this humble section, they only have to copy them in the comments of this note and they will be taken into account for future appearances. Without further prolegomenos, let's go to our thing. The theme is about the people of Racing and says like this:  De pendejo I follow you/together with Racing always everywhere  We bancamo a bankruptcy/the relegation, and we were rented Already in the first stanza appears the first genius: accepting the past defeat only magnifies the present victory. Great demonstration of the mastery of the narrative climate. Next:  I do not forget that day/that an old nut said That   Racing did not exist/that it had to be liquidated  Although they repeat the strategy (the fact that it has not disappeared as a sports society ratifies the victory over that trip of the past), say “old crazy” to the s&I think that he had declared Racing in call for creditors seems superlative to me.  If I fill our court and do not play/ohoh   we defended from the auction our headquarters/ohoh  It is fundamental in every epic poem to rescue two or three key circumstances throughout history. And these people know what they are doing: they pass the day when the institution ran the risk of disappearing and, consequently, suffer the auction of the headquarters, to the mythical 2001 championship, which he defined as a visitor in Velez while the Cylinder was also full (that's why the two courts). Remarkable poetic pirouette.  If ours is a different swollen   is not bitter as it is independent/ohoh   yawners, San Lorenzo or hens   never filled 2 courts the same day/ohoho  Back on epic. Okay. The two courts at once can be exploited ad eternum. But at the same time, they do not lose opportunity to compare (comparison in which they come out victorious, of course) with the main rivals. Or, at least, with those that adapt to the chosen metric. Let's go with the last stanza:  And to you Independent I tell you   are bitter/ and cold chest   you are bitter/ and throw throw  Impeccable the ability to rhyme of “cold” with “shot”, not to mention the almost cacophony (which fortunately is not given) between “strip” and “shot””. In my opinion, we are facing one of the best songs in Argentine football. If the reader wants to enjoy it also in its musical dimension, the melody is that of Los Rodríguez's “Para no forgetting”. You can hear it here: https://youtu.be/zNn254_erzE