The bellvillense Pedro Cachín had an emotional act of solidarity. Cachín is an idol of Cordovan tennis and, now, the world. We tell you what happened. 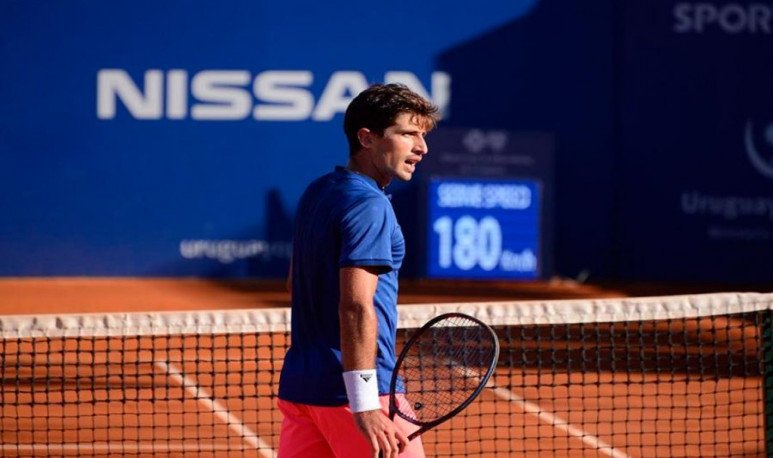 Pedro Cachín, a  young Cordovan tennis player  who takes his first steps in professionalism, had a solidarity gesture. And that allowed Victorie, a 10-year-old Congolese baby, to also make one of his own.

Cachín, currently 277th in the world, was one of Argentina's tennis players invited to participate in the  ATP 250 in Cordoba . This tournament was a historic milestone for the Mediterranean province, which for the first time hosted a competition with  top level tennis .

It was during preparation to face what he himself defined as the most special week of his life. Cachín found a video on social networks that accumulated nearly a million views and was even shared by the official account of the  International Tennis Federation  on Twitter.

The images showed Victorie, a baby from Goma, changing the strings to his racket using a tree branch. The child is a native of a town of about 160,000 inhabitants located in the west of the  Democratic Republic of Congo .

Excited by the story and motivated by his cordator Xavier Colomina, tennis player Pedro Cachín decided to get a machine to Victorie's hands.

Cachín and Colomina managed to get the data of the club where the boy played. Thanks to the   Tennis Aid Foundation  , which helps spread and include tennis in Africa, they were able to contact their coach to make an event that already toures the world.

“I said to Xavi: Look, I have a machine that I don't use, if it makes you happy, me too and the boy is going to make him very happy. It was two minutes of talk and we said 'let's go ahead. ' Xavi took care of the shipment and I put the machine on,” said the young tennis player.

In two weeks, the machine was already with  Victorie and his teammates , who were excited from the moment they learned about the gift they were going to receive. “The coach told me that when he gave him the news, Victorie ran out in tears,” said the Cordovan.

“It was as exciting for him as it was for me. It moves that the image has come so far. It's a nice gesture that didn't cost us anything at all because it was something minimal in the economic”, stressed the tennis player.

Cachín, who became  170th in the world level , was also encouraged to send a message to  his colleagues  on the circuit to motivate more gestures like this. “It's not that hard to send things and make other people who need it more than us.”

“The boys take two hours to walk to the club, they have a lot of passion and all they want to do is play tennis. It catches your attention and invites you to go ahead thinking that there are people who have it much harder,” he said.

A lesson in life