Santafesino Carlos Pairetti stood out in the sixties. He drove the remembered Thunder Naranja and shot films with Sandro. 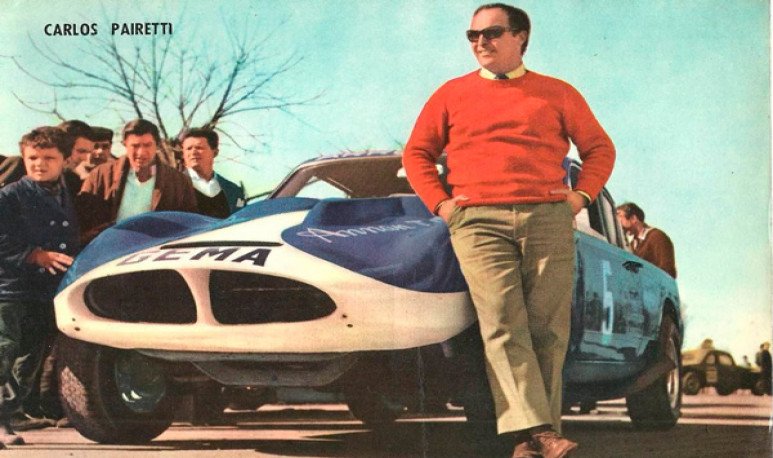 Clucellas Station is a small town in Santa Fe,  separated from the provincial capital by just over 100 kilometers. It is in the Castellanos department, where the main cities are  Rafaela  and Sunchales. Being a town of just a thousand inhabitants, you can hardly find a clucellense more famous than Carlos Pairetti. Pairetti  lived there until he was seven years old,  when he moved to the Buenos Aires city of Arrecifes, where his mother was born.

Clucellas's pride debuted at Turismo Carretera on March 25, 1962 with a Chevrolet Coupe of the time, astonishing everyone from the start, and  graduated from the homeland category the following year after conquering the Vuelta de Mar del Plata of 63.

Cordoba was the place where Pairetti won victories as important as resonant. In 1965 at Villa Carlos Paz to beat with a Volvo and  stay in the history of TC for winning with a brand that was neither Ford, nor Chevrolet, Dodge or Torino. The Mediterranean province also hosted the first conquest of the evolutionary r “Thunder Orange” , on July 14, 1968 at the Oscar Cabalén Race Track in Alta Gracia, where Chevrolet fans began to idolize it until the conquest of the title of Argentine champion at the end of the season.

While the 1968 was the only championship achieved by Pairetti, he remained active as a driver between 1962 and 1978, achieving 22 victories,  being an official Chevrolet driver and later Ford , something that was difficult at the time, from the eternal rivalry of brands.

He ran in TC, in Tourism, Mechanics Argentina Formula 1, dared and went to Formula Indy in the  United States  and even created a category as was the successful Argentine Pilots Club with the Datsun and Nissan.

A phenomenon, on and off the slopes 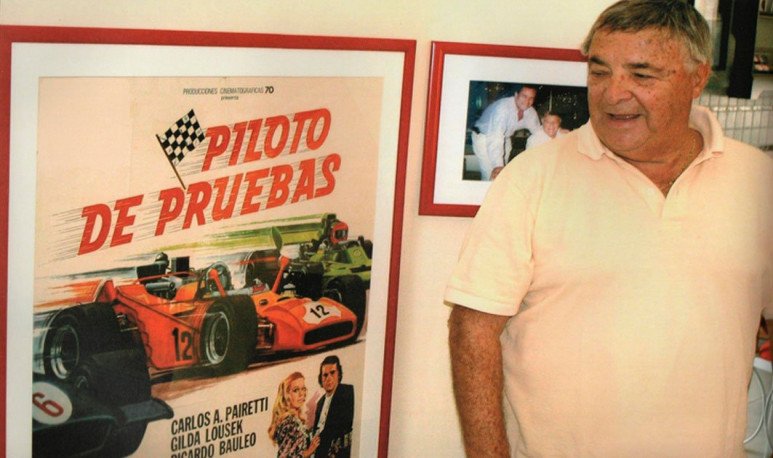 There are unmissable words that Pairetti left in many media statements. Just as a sample, go  a stretch of a 1968 interview that is not wasteful.

When he refers his characteristics as a runner, it is somewhat contradictory: “Actually,  there are two Pairettis  ,” he clarifies: the one who competes and the one who drives his particular car. The first is a  furious guy, crazy for winning; the other is a normal citizen who tries, as far as possible, to respect traffic rules.”  ( Journalists who know him say there is only one Pairetti, the first, on the track and on the street). “ When I run, I try to draw up the race, to measure step every one of my movements, each of my goals — fifteen minutes later, in a spontaneity start, the rider confessed —:  I am... how can I say? I'm speed. I like to win;  win against wind and tide. In any competition I fend only one principle: win or break the car. There is no middle ground: I go out of the corner and I don't leave it until I receive the drink.”

Pairetti was always accepted  among the real greats of national motorsport l. He owned a nice personality (in the interview it is clear), who even took him to the cinema. In 1972, he was lead actor in  Test Pilot , sharing the billboard with Ricardo Bauleo and Gilda Lousek and in  Siempre Amaré te con  Sandro .