Home People Sports P72: a luxury car in honor of an Argentine

Meet the P72, the flagship car of Argentine designer Alejandro de Tomaso, who are relaunching these days after 60 years of their first appearance. 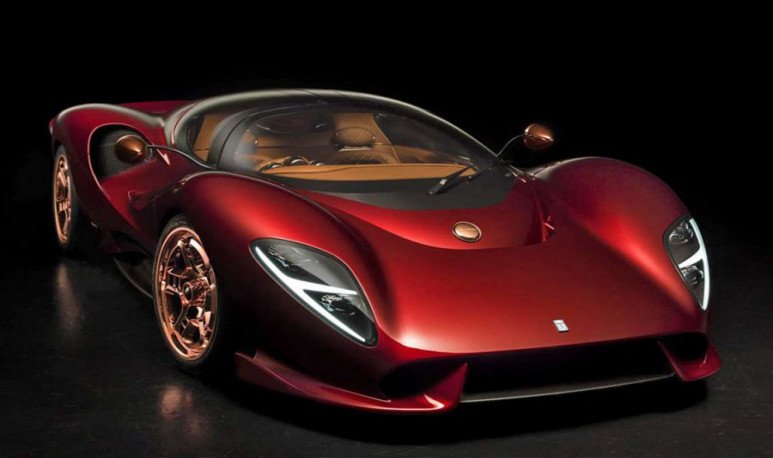 There is an Argentine who besides being a descendant of a viceroy, race driver,  friend  of Che, grandson of one of the founders of General Motors and owner of  Maserati  ,  was a designer of A Formula One car . I mean  Alejandro De Tomaso , founder of one of the most exclusive sports car brands in the world. The company turns 60 years old and celebrates it in a big way: they relaunch the  P72 , a design from the 1960s, of which only 72 units will be built. The price of each one? A bargain:  800 thousand dollars .

De Tomaso, born in 1928,  never went unnoticed . His father was minister of the dictator  Agustín P. Justo  and his mother spent the money of his family, a direct descendant of  Viceroy Pedro De Ceballos . But at the age of 15 Alejandro got tired of the comfort of luxury and left school, departing to St. Louis to work in his mother's fields. He returned to Buenos Aires and got into politics and journalism: he  was one of Roberto Noble's companions at Clarín's foundation.

But his passion was cars. In 1953  he participated in several races  with his Bugatti Type 35. In '55 he won his class with a Maserati A6GCS. But some of his family's blood was flowing through his veins and  participated in an attempted coup d'état to  Perón .  Since they could not make it happen, he went into exile in  Uruguay , piloting the plane that transported him himself. The only luggage were  two suitcases filled with silver  he had put together for the sale of his first wife's properties. He spent little time in Uruguay: he  quickly went to  Europe  .

In  Italy , Osca, Maserati's competition brand, hired him as a driver. In that context she met Elizabeth Haskell,  the granddaughter of one of the founders of General Motors.  They got married. His new wife's fortune financed him back to Buenos Aires in 1956, with  Perón  finally overthrown by the 1955 coup.  He ran again. He won his class in the 24 Hours of Le Mans.

Again in Italy (in Modena, more precisely), he opened  De Tomaso Automobili , a racing car factory. He built a Formula 2 called Isis, which  nailed 240 km/h on a straight  and then broke. He left the race, but the speed achieved caused many teams to summon him to design their engines. He tried to make a Formula 1 and could not, tried to compete in the Indianapolis 500 miles and it also went wrong.  He decided to devote himself to street cars .

These days, the relaunch of the  legendary P72  (the company is now in the hands of capital from Hong Kong) threatens to become the news of the automotive world of the year. It's going to cost 800 thousand dollars and will have a  5-liter V8 engine with 700 horsepower.  It will be a futuristic car but with vintage details to remember where it comes from. Both the chassis and the body will be constructed  of carbon fiber . They say those who know that De Tomaso, who died in 2003, would be proud of what they are doing with his legacy.  We'll have to raise 800,000 dollars and check it out.

The Story of River: Fourteenth Part

The Story of River: Thirteenth Part

The story of River: twelfth part

The story of River: eleventh part

The eternal football rivalry of the rosarino superclassic