A stadium in Humahuaca was selected to be part of an international documentary showing the most exotic places where football is played. 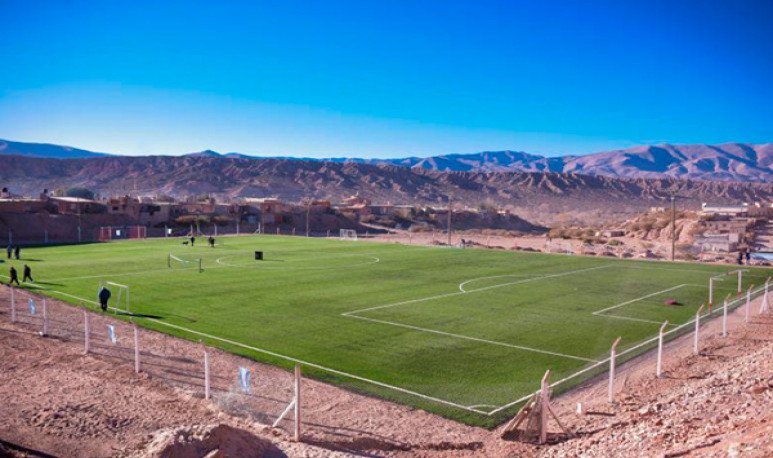 In the department of  Humahuaca, in the province of Jujuy, there is a synthetic  grass court  at  more than 3 thousand meters above sea level.  There, under heated evenings where the sun strikes hard, footballers unfold their magic before some tourists who visit the city and the hills accompany adorning the landscape of that construction that stands out above the others.

This piece of grass was chosen by the ESPN network to be part of a documentary that portrays  the most unusual  playing fields  on the planet .  Greenland  chose the space as  one of the most inhospitable  where football matches can be held. Despite the geographical difficulty and an unfavorable ambient temperature, the ball continues to spin so that the  Independent Club of Humahuaca  can prove that  football does not know about heights. 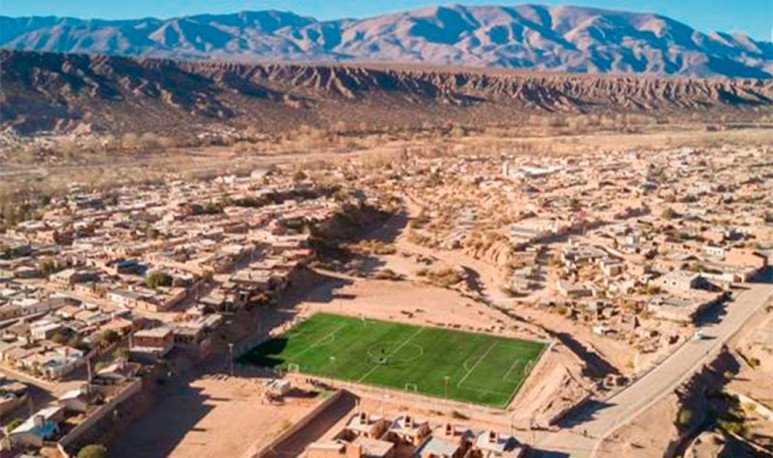 The first chapter of the documentary was intended for this jewel in Jujea and the confrontation between  Independiente de Humahuaca  against  Santa Rosa de Lima de Purmamarca  . The recordings were made during the months of January and February by the entire production team of the renowned sports chain.  One of the reasons for this choice was the visible contrast between the hills and arid spaces.

Greenland  is a documentary that shows places where playing  football  seems impossible. The international production was supported by  Jujuy Film Commission , under the  province's Ministry of Tourism.  The aim of the initiative is to highlight the spirit of one of the greatest passions in the world, football.

In addition, in a short time the  Copa America will begin to be held, so it is optimal to present the countries of the continent and expose the hidden beauties.

A name, a story

The stadium is named  Raúl Pacífico Campos in honor of a leading sports figure in the department. He is one of the founders of the Atletico Independiente Club that arrived in Jujuy from Tucumán in 1953.

Located at the top of the sky, it  was inaugurated in 2017  after a year and three months of hard work under the management of the current governor of the province of Jujuy, Gerardo Morales. The project was carried out within the framework of the bicentennial with the aim that the northern community could have a  recreational meeting space.

Currently the space has a wide range of sports that  includes basketball, football, handball. It was made with an initial investment of 6.8 billion pesos distributed between the Nation, the Province and the local municipality. One of the most colorful data is that, for its construction, more than 600 neighbors collaborated, who helped the construction company's employees to build the stadium.

Its location was strategic, as  it is located in the middle of several villages  and thus encourages sports throughout a region. Visitors come to the club from Iruya (Salta), Iturbe, Uquía to do some sports practice. In addition, to become a member you do not have to pay a fee, as it works as a neighborhood club.