Home People Sports One more return for the Condor of America

The mendocino cyclist Ernesto Contreras turns 83 years. We review life and pay a humble tribute to the Condor of America. 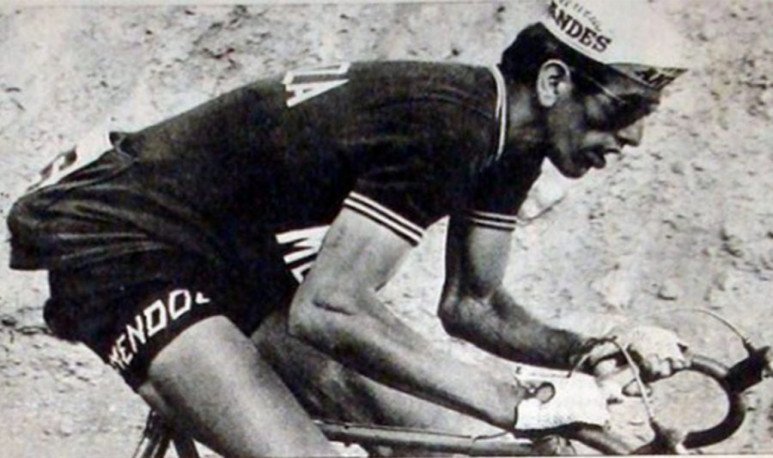 They say it was faster than the wind and more daring than hitting Rambo.  He wanted to be a  footballer , but his legs were destined  to pedal  . They say that his opponents saw him coming by looking on his shoulders, but that the next moment they only saw him forward and little. It is said that he wanted to imitate the father of the homeland and, to make it more complicated, it was not one, but  5 times he crossed  the Andes mountain range pedaling   .  He competed with the best, because he was one of them. A very traveled guy. I walked through  Rome, Tokyo and Mexico . But not for tourism, but to measure yourself in the   Olympic Games  . Those who saw him closely confirm what they imagined those who only listened to him on the radio: the guy was not riding a bicycle, but this was almost an extension of his body. And now, 60 years later, you see it in his humble bicycle shop, spiking the vice that gave him so much success. There's  the Condor of America . 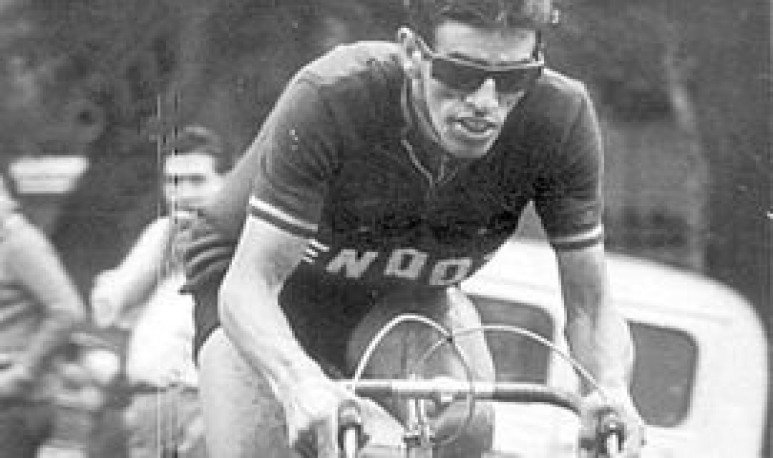 He was born on June 19, 1937 in Junín, Mendoza, 65 kilometers from the city.  And, contrary to what we could assume from the achievements achieved,  he began to compete by bike at   the late age of 19, and on a borrowed bike.

The competitive debut of the Condor of America was with a triumph, in 1956, in the neighboring department of San Martín. Later he proclaimed Mendoza champion, beating Arturo Tejedor, one of the greatest  cyclists  of those years. After a few months,  he is an Argentine champion of chase on track with an Argentine record  in the Buenos Aires city of Trenque Lauquen.

When, in 1956, the Cuyana delegation arrived at the headquarters of the Argentine Championship in Trenque Lauquen,  Sanjuanino leader Robledo took his chest  before the specialized  journalists  knowing that on the team kept a big surprise.

“ I bring a Mendoza who did 5' 10” in the 4000 meters ,” he said and his peers thought it was a joke because then the national record belonged to Pedro Salas (5' 24"), qualified for the Melbourne Olympic Games.

Contreras, 19 years old, pedaled before the unbelieving glances and laughter of those present, but  when he reached 5'18" the connoisseurs were astonished.  On that day, he not only took the title and record; he also began to build an unmatched career.

As for the Olympic Games, the Condor of America was not a medalist, but participated in 3 of them, which makes him the Mendoza with the most Olympic participations in history.  In Rome 1960, he finished fifth; in Tokyo 1964, he finished eighth; and in Mexico 1968, he finished ninth. In addition, he participated in four World Championships: Holland 1959, Switzerland 1961, Italy 1963 and Uruguay 1969.

At that time, one of the most important competitions was that of the crossing of the Andes Mountains. At the first Cruce, in 1967, it was second. Then he won in 1968, he was third in 1971 and second in the fourth Cruce. He won the fifth edition in 1973 and was seventh in the sixth Cruce, to retire from that competition without participating in its last edition.

Far from his native Junín, for decades, the Condor of America serves, repairs and prepares bicycles in a  humble bicycle shop  located in Calle Pellegrini de Godoy Cruz. With the paradox that, except for those who understand the subject, the rest think that the biker shop is a simple “old bicycle trician”. Anonymity that Ernesto prefers to maintain.