After a discussion with the vice president of the club, the great Carlos Delfino leaves Torino with an uncertain future, but still with much ahead. 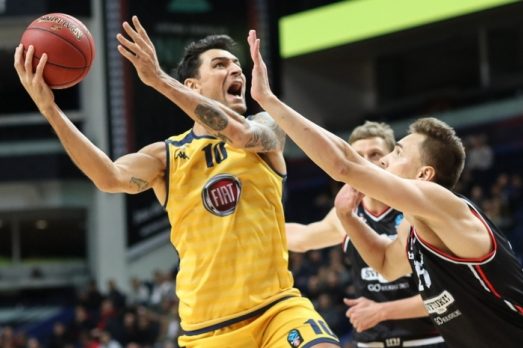 The 2004 Olympic champion escort Carlos Delfino was fired from Torino after an argument with club vice president Francesco Forni, after he entered the locker room to recriminate about the team's bad sporting moment.

The confirmation was given from the institution although the representative of the player, Vittorio Ferracin, announced that they will appeal the measure to the justice of the Italian Basketball Federation (IFJ) on the sanction for acts of discipline, in a ruling that can extend up to two weeks.
“ He broke into the locker room, a place that is not for everyone, and began to say things out of place, pointing a finger at some of my teammates. That bothered me and I answered him. And I would do it again, I will always defend my colleagues,” said Delfino.
“ Unfortunately these people are in the basketball world and I hope they will leave soon, as they say. They are ruining a beautiful sport,” the Argentine basketball player explained to the Italian media.

Meanwhile, Forni argued - according to the website Basket Universo, in Italy - that “Delfino was the only one who refused to accept the criticism and had a behavior within the limits of violence towards me. Given the absolutely disproportionate reaction, we decided to opt for the immediate cut.”

For their part, the fans of Torino demonstrated in favor of the Santafesino player with banners that read “Basta Forni” or “I'm with Delfino”.
Torino closed the year with 4 wins and 8 defeats, and is placed in 12th position in Italy's Serie A.
However, the worst performance was in the European Cup, with 10 defeats in the same number of presentations. And it was the only team that didn't add any hits.
As a result of the bad campaign, American coach Larry Brown, a long career in the NBA, was dismissed.