The historic victory of Los Pumas against the All Blacks has a Tucumano accent. Nicolás Sanchez scored all the goals of the match. 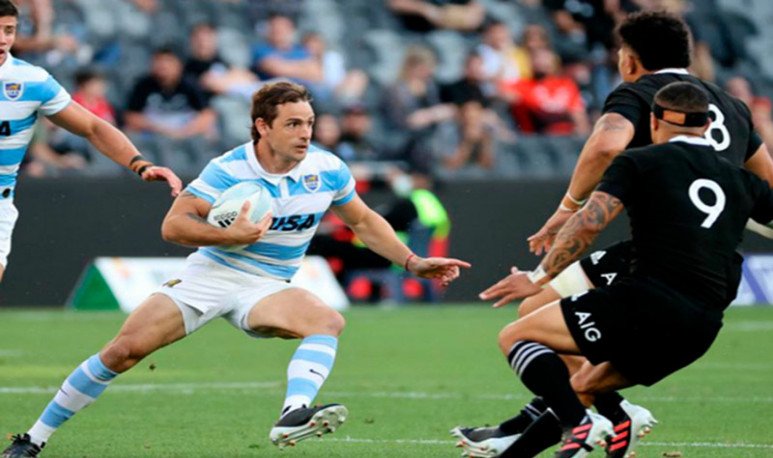 The early morning of Saturday 14 November 2020 will be in memory for all Argentines for the historic triumph of  Los Pumas  against the  All Blacks  . Mario Ledesma's warriors beat the powerful New Zealanders 25-15 in Sydney, Australia, on the third date of the Three Nations tournament.  Tucumano   Nicolás Sánchez  was the protagonist of the match.

Undoubtedly, the Argentine rugby team played a perfect match and had as star figure Tucumano  Nicolás Sánchez,  who scored all Argentina's points through a try, six penalties and a conversion. At 5 minutes “Cachorro”, as they call it in his most intimate circle in  Tucumán , marked the first penalty. Then Richie Mo'unga equaled, a very tense moment for the Tucumans and the rest of the country, but Sanchez returned to put the albiceleste team in the lead with a try and the respective conversion and, before the break, stretched with two other penalties turning a 16-3 halftime.

In the second half, Sanchez again shined with another three points and minutes later, New Zealand achieved their first try for Sam Cane, where, in addition, the New Zealanders added the conversion. However, five minutes later, the  hero  Tucumano scored another penalty and returned peace of mind to the Argentine National Team with a 22-10 in favor. The last magic kick of “Cachorro” and New Zealand's second try already marked the result, glimpsing a historic end for the Argentine people with the Pumas victory over the All Blacks.

New Zealand is the only world rugby power that Los Pumas had never been able to beat.In 30 clashes, there were 28 wins for the oceanics, a draw and the victory of this Saturday 14 November historic for the Argentines.

Prior to the Tres Naciones debut, the Argentina rugby team had played their last match on 9 October 2019 at the Japan World Cup against the United States, which ended with a 47-17 win against the Americans in Kumagaya city. After 13 months without international matches and with this new version of the traditional Rugby Championship, the albiceleste team stepped on the field of  Bankwest Stadium , Sydney, to face New Zealand, with Australian Angus Gardner as the referee of the game.

Training of the Pumas

Rugbysta Tucumano  Nicolás Sánchez  took his first steps at Tucuman Lawn Tennis Club. He made his debut in the Argentina  rugby  team in 2010 and, before this win against the All Blacks, he had scored a record of points scored with Los Pumas 723 in 75 matches. Five years ago, he had been hired by the Argentine Rugby Union to join the Jaguares franchise at Super Rugby and, after four seasons, Tucumano decided to leave for the French cast in mid-2019.

In this way, “Cachorro”, as the Tucumanos call it, was pleased to turn into reality a victory that the Argentine rugby world had been dreaming many years ago, with a result of 25-15 in favor of Los Pumas against the black beast of the All Blacks, thus turning the albiceleste triumph that will remain for the history of all Argentines with a Tucumano accent.