Estadio Único Madre de Ciudades was the name chosen for the stage that will host two of the Copa America 2021 matches, in Santiago del Estero. 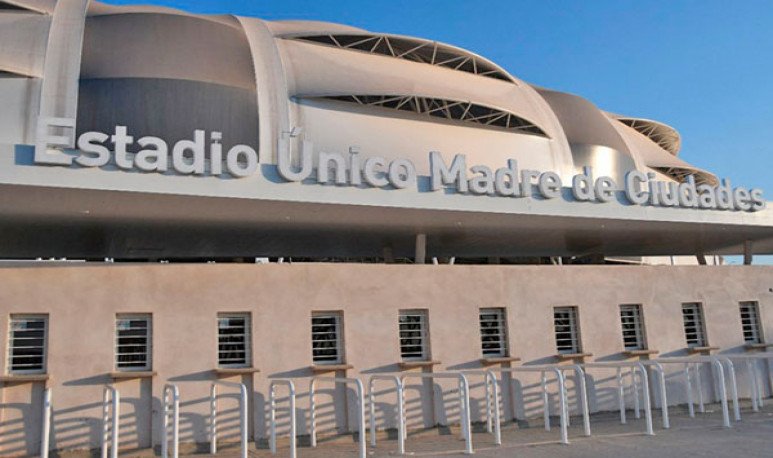 The new stadium in  Santiago del Estero  already has a name: it was named  “Madre de Ciudad”  and looks forward to receiving the upcoming  Copa America  matches that were  suspended because of the coronavirus pandemic  . The Santiagueños will be able to enjoy the match between Uruguay and Paraguay on June 23, 2021 for the fifth date of the group. In addition, the 27th will face Uruguay's national team against Chile.Both matches were rescheduled.

The building of the  stadium  was complex but satisfactory.To date, the work has 29 thousand seats, VIP stalls, journalists' stalls, press, high, low and popular stalls. It has 22 boxes, four changing rooms, an interactive museum, a restaurant and a preferential entrance hall that overlooks the road bridge. In the rest of the grandstands there are covered parking lots.The museum and restaurant are also expected to open to the general public and not only in times of matches.

The name of the stadium was a real mystery, but it was finally known to be called  Mother of Cities . The posters were placed in the three sectors of the ticket offices and  is already in a position  for relevant matches to be held there. Fortunately, the pace of construction was favorable and the work was completed in the stipulated time, considering that it is an elite stadium that has a roof composed of a metal frame and a high-quality PVC membrane.

The stadium is located on the road bridge and the decision was not arbitrary, because it is an  iconic place in the province of Santiago del Estero.  With great accessibility and good parking, its location allows a flow between the road bridge, the Núñez del Prado, the Costanera, the Roca Avenue, roads that enable its rapid evacuation. In turn, the large-scale work represents a  valuable attraction for the entire  Argentine North.

The playing field was not coated with synthetic grass due to the temperatures present in the area, as they are not appropriate because they end up causing irreparable damage. The cabins are located 24 meters high looking from above the field on the last level. One of its advantages is that it does not matter what point one is at, because from anywhere, you can get a  complete view of the court . That is, no matter where you are sitting, you can appreciate the whole game.

It should be remembered that the stadium was completed during the month of May of this year and its completion was celebrated by the highest authorities of the province. It certainly met all expectations as it is a  modern and functional space  ideal for matches of  international competitions  such as the Copa America. Super Cup Argentina matches were also going to be played, all suspended by the coronavirus.

Despite these intertimes, the construction ended leaving everyone satisfied. Santiagueños can enjoy a privileged stadium that is among the five largest in the country, a true  dream fulfilled  that hopes to open its doors soon to enjoy the favorite sport of Argentines.