He made history when he reached the Roland Garros Semifinals, earned more money than in his entire career and climbed 83 places in the WTA World Rankings. 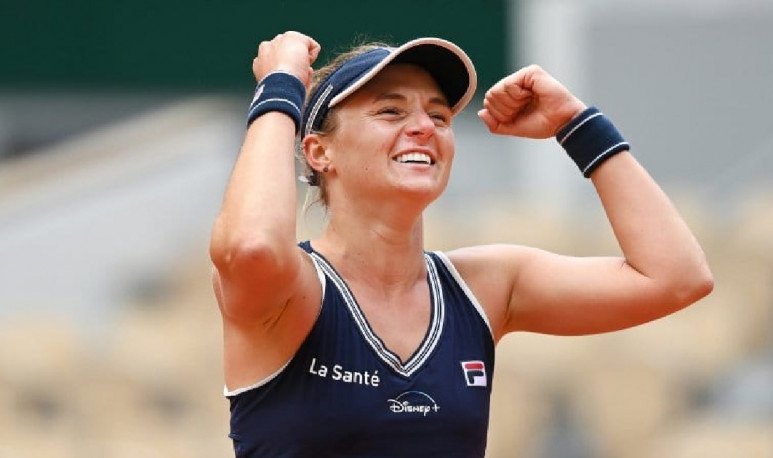 After losing in the Semifinal to Polish Iga Swiatek 6-2 6-1, Argentina made history in the Grand Slam by being the first player in the open era, which started in 1968, entering from the Qualification and reaching the Semifinal, which allowed her to move from the 131st ranking to the 48th place in the standings weekly WTA.

There are plenty of words of congratulations to this warrior and young Rosarina, 23-year-old player who came very far in  Roland Garros  and was a step away from reaching the definition. In 2004 we have to go back to remember the Semifinal that arrived Paola Suarez or 1991 when  Gabriela Sabattini  lost to Monica Seles. This kind of result is not usually given, it is very difficult for an Argentine player to get this far and that is why it has to be valued. Not because of the abilities because that is left over and Nadia has shown it well. One of the problems is that important tournaments, which add up the most points, are played in Europe, plus the amount of silver that must be put in the formation of a tennis player with payments to  coaches , trips, racquets, etc. Although from now on Nadia's pocket will be a little looser, as in two weeks and for her excellentiacute; sima performance won $425,250, an amount he had not achieved in his 9 years of career.

Rosarina of Ukrainian descent and middle-class family, grew up athletically in the same club as Luciana Aymar, Fisherton Athletic Club, where she forged her backhand until she left  tennis when she had a tennis  club.to 10 years because of a family problem, although he resumed with his Coach, Carlos Rampello. His first years were complicated, in 2016 he entered the main draw of the Us Open but due to injuries to his back and wrist, added to economic problems, everything became more uphill. 2018 was a good year having taken the jump and started living in Spain, Alicante. There closer to the competition, the international rubbing and together with his coaches Emiliano Redondi and Juan Pablo Guzman, he won the Lima Pan American Championship the following year. Not only did his game evolve as attacking the ball, taking advantage of the speed of the ball and the drop, but he also worked with a mental coach of the Argentine bowling team to transform his vision and focus into something more serious. He now confessed that he was very good to overcome his Roland Garros matches.

The effort of the Peque led her to surprise the whole of France at the Roland Garros. His level was very high beating tennis players in the top 30 and getting the mental stability they need to overcome the challenges. A little giant who made history and her idol, Gabriela Sabatini, showed it this way: “You achieved with heart and hard work an impressive  tournament  and being among the top 50 of the world! To keep fulfilling dreams! Let's go for more, congratulations.”