Home People Sports Nadia Podoroska and another achievement in its consolidation: beat Serena Williams in the Master 1000 in Rome

Tennis player rosarina achieved the most important victory of her career, beating the 8th number in the world a very complicated match of the Italian tournament, a sustained win in balance and serenity to play the key points. 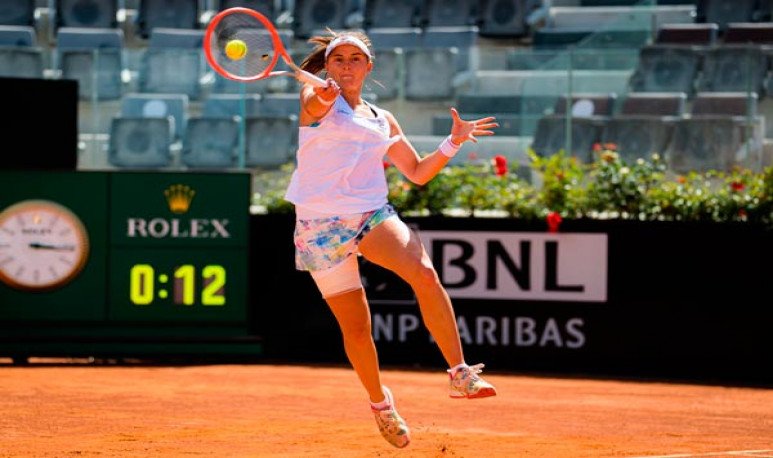 The  tennis logic said  that the American had to impose itself, but not without effort, forecast that this Wednesday in the Argentine noon sank faster than the RMS Titanic at the beginning of the previous century. Very respectfully, no matter how the week of the Argentine player ends, because what was exposed to a very complicated rival opens the hope for Argentina to finally have a great female figure in  tennis  with excellent future in the coming seasons. News agencies and editories of the sports orbit could not be alien to the news of the week:  Nadia Podoroska  became strong and powerful in the brick dust of the Master 1000 in Rome, winning not without suffer a little bit to the North American Serena Williams, one of the best players of all time, for a tight 7-6 and 7-5 in a match corresponding to the second round of that traditional tournament, just the 1000 match for the brunette tennis player who became one of the stars of the circuit in the last day and eacute; cadas.

Argentina's Nadia Podoroska, currently ranked 44th in the WTA ranking, worked hard and broke all the forecasts before the match. Rosarina tennis player made her victory against Serena Williams, number 8 in the world, in a match that lasted two hours and 45 seconds at the legendary Foro Italico, in Rome. The rosarina player got the pass to the match against the American, after beating in the initial round the German Laura Siegemund, number 55 in the world, very hard match that showed a great reaction from Rosario's native after losing 6-2 the first set, to win the second 7-6 and already with more energy, liquidate it with a 6-1 lapidary. This victory and the one achieved against the legendary brunette from the United States, constituted a change of attitude of the young player Santafesina, who came to this tournament preceded by very negative results in her history in recent weeks. Therefore, when the specialists predicted that everything was in favor of the North American against the 44 number of the WTA ranking, there were voices that estimated an argentina's battle against a great consecrated rival.

Nadia Podoroska, currently number one in Argentine tennis, landed in Italy after a sequence of adverse matches, weeks in which she will seek to reverse the losses that affected her in her ascending level of play. The beautiful rosarina player arrived in this country with the good memory of what happened last year, knowing that at the end of this month she will have the challenge of endorsing on French soil, the points she got in the last edition of the French Open, remembering that the Argentine tennis player He came to the semifinals at Roland Garros in what was his best performance of his entire career in a Grand Slam. What was achieved in the match against the US this week means a good mood for a tennis player who arrived in Rome preceded by very bad results, including his unsuccessful participation representing Argentina in the Billie Jean King Cup (former Fed Cup), match that the Argentine squad lost with his pair from Kazakhstan in Cordoba, during April.

What happened with Rosarina obliges us to remember, because the only Argentinean who achieved a triumph against the youngest of the Williams sisters was Paola Suarez in 2000, one afternoon in Amelia Island, when Serena was barely 18 years old. The beginning of this great victory of Podoroska against the number 8 in the world took shape when Nadia stood firm in front of the American service, resisting fully when certain points seemed to complicate it. With each player keeping their serve, both reached the tie-break and in a definition not suitable for cardiac, the rosarina thanks to timely decisions and positions, was showing that it was not going to make it easy for the American in the first sudden death of the match. Showing a parallel right of formidable impact, he took advantage of an unexpected stay of the legendary brunette to get a tight 8-6 in the tie-break. That first set in the hands of Argentina, undoubtedly affected his rival, who showed many indecisions in the start of the second half, opening his rival the way to put the knock out horn for general surprise. 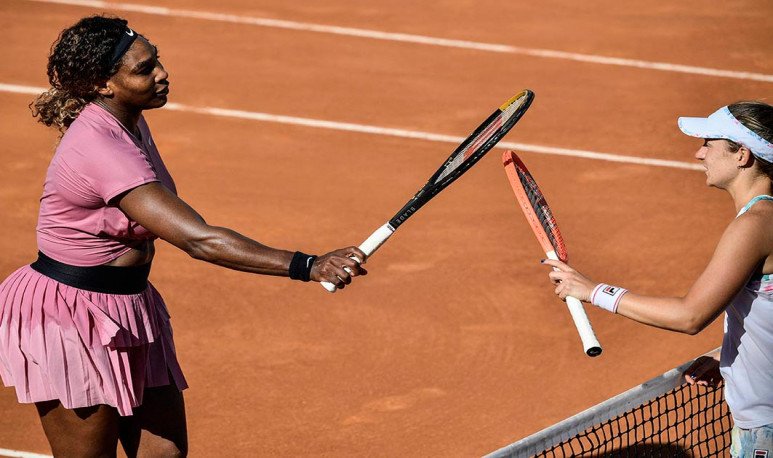 The point is that, anonymically sustained in that great goal of taking the first set, rosarina improved its performance even further, set where Argentina got very well and progressively could escape on the scoreboard with a 5-2 after breaking his rival's serve in 4-2, which seemed to pave him the on the way to the round of 16. The truth is that the number 8 in the world for something is located in that position in the ranking, demonstrating that the defeat was not going to occur accelerated. Serena Williams played the exceptional tennis that people met in these seasons, getting 12 consecutive points, which placed the score in a 5-5 paired, opening some uncertainty about the definition. During those seconds between the partial tie and the start of the eleventh game, the ascending and enthusiastic Argentine player, far from regretting the recovery of the American, put on the batteries and played it better than ever, taking it perfectly, that allowed her to achieve the long-awaited 6-5 looking to break the American. Serena Williams again suffered from those mental lacunae that affected her at the start of the second set and far from showing those reactions typical of a top-ten, she seemed immersed in nerves and deconcentration.

Nadia Podoroska, aware that the pass to the round of 16 was played, again forced the existing tension, trying to pressure her rival, goal she achieved with excellent and tight returns that left her opponent seated. Williams did not give credit to what was going on and went out to play those decisive points, mostly guided by a feeling of anger than with the concentration that those many deserved. Holding in the background with great strength, Nadia returned everything that was thrown at her and that disaccommodated the American who could not prevent a right from going too long. Looking fixed to the sky and without hiding her happiness for what she achieved, the rosarina came to the relaxed network in order to greet the American, who congratulated her on that tight triumph on the brick dust court. At the close of this report, Argentina had to face Balkan ascending player Martic to move to the quarterfinals, where two tough rivals like Russian Ekaterina Alexandrova (33) or US Jessica Pegula (31), who surprised with her victory over Japanese Naomi Osaka (2), current US Open and Australian Open champion, 7-6 and 6-2. The important thing is that tennis player rosarina got a great result against the winner of 23 Grand Slam, a victory that will drive her on her return to Roland Garros, where she reached the semifinals last year.

After the match, Nadia Podoroska, as usual happens, attended the compulsory press conference of these presentations, without concealing her joy, but not exaggerating what happened against the US. With shiny eyes, testifying to some cry of emotion in locker rooms, rosarina summed up what happened. “" In these matches one gives the best you have. Looser game against the big players. I can't spare too much. I don't want to save anything. These matches show me that I'm at the level. I knew Serena didn't play from Australia and could notice the lack of rhythm. He wanted to play solid, but at the same time without letting him take the initiative”, such the concepts of rosarina to recall what happened in the Italian Photo.

As for his link with the North American during the match, the 44 number in the world indicated that “at the beginning of the match there were some looks with Serena. I like to look the rival in the eye, but in words, not. When she finished, I told her it was an honor to play against her, and she congratulated me on the match and nothing else.” In the meeting with the media, there was also a section to recall that fantastic experience last year, which he recalled with strong reflection. “I think last year's exhibition with my team was handled pretty well. Luckily I'm not having a long time on the phone. When I'm in competition, I try to put it aside and concentrate on the tournament. Obviously I already have much more experience with the press, the media and the responsibilities of playing tennis, in that sense I feel more comfortable. I have a team that supports me a lot and I can delegate a lot of that to them.”

Before leaving the conference room, the Rosario player referred to her presence in this tournament and the future of the specialty. “Hopefully this will help more Argentine girls think they can be here, where I am and it's not me alone who can be playing a WTA tournament,” I point out seriously trying to get this fantastic victory against the American legend to provoke a revolution within the local tennis structure, quite alicaída in recent decades after the retirement of the remembered player Gabriela Sabatini, the last bastion of the women's navy in the very exciting specialty that did not find a very prominent replacement until the arrival of Nadia Podoroska, undoubtedly responsible for a rebate that cries out as he stressed that the players of our country expand their sports progress in the specialty. & nbsp;

Women's football, with the colors of the Rainbow