D'Onofrio was left alone in his apparent political move. Against the AFA or against some leader. He left him alone until the President of the Nation. 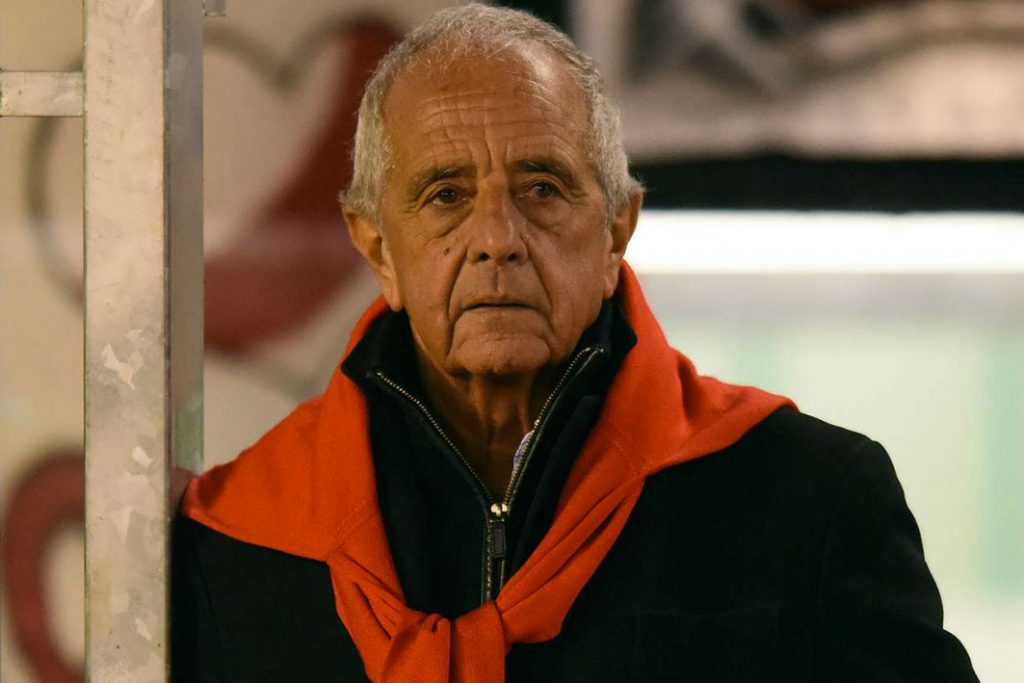 They left D'Onofrio alone with the coronavirus issue.

It all started in “The Millionaire” training in the week leading up to the match against Atletico de Tucumán. Colombian juvenile Tomás Gutiérrez presented symptoms compatible with coronavirus. Then, the players stood up and asked not to show up for Saturday's match. “ The Doll” Gallardo supported them. Then the leadership. They closed down the club and River Plate High. And the match was not played.

Ponzio called several captains of other clubs. Many adhered to the thought. But when they transferred the concern to their respective leaders, everything was left to nothing. Dónofrio had the support of President Fernández. That initially supported him. But two days later, after the expanded Cabinet meeting, it was turned over. And he ended up recommending not to stop football.

And the date was played whole. River will lose the points and much more, surely. Up to the category, if two more dates are not presented.

As always, let's look at the “B-side”

D'Onofrio looks more like a political move. As a senior AFA leader asked himself: Why did he not close his own restaurant, if he is so worried? And this is not the first time the President of River has made a political move. Remember when, with Juan Carr, of Red Solidaria, they opened “The Monumental” one night for the homeless. Just before the election... And being a Kirchnerist... That time it worked out for him, since he had the support of the press. That gave him great coverage that night, but he forgot the subject the next day. The cold was the same, but the stadium never opened again.

This time, it seems that D'Onofrio has wanted to go against the AFA leadership. The one he's been dealing with a while ago. More or less since Marcelo Tinellitook over. Former political ally, now enemy. Otherwise, much doesn't explain being the only disobedient club. Until then, the health authorities had not pronounced in favour of the suspensions. They didn't do it afterwards either.

The “millionaire” decision seems hasty, even if it is a tightening. Whatever it was, the boys sent a clear message to Chief Riverplatense.

No matter how clawed there is, rugby suspended.

The Peeling of La Cañada

The characterizations of a Cordovan